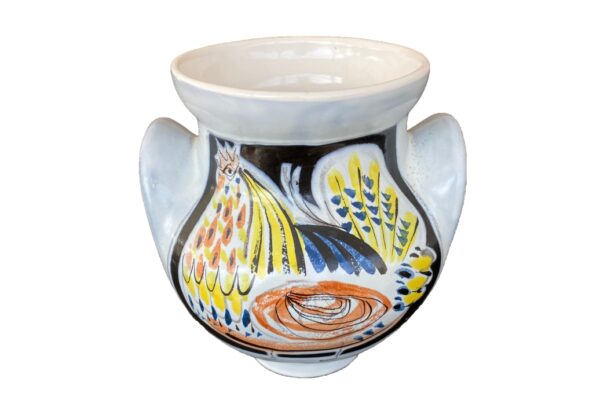 Large Roger Capron vase for Vallauris. Ceramic vase with white glaze and rooster motif Signed. Circa 1960, France. Unique Size Very good vintage condition. Roger Capron was born in Vincennes, France on September 4, 1922. Interested in drawing, he studied Applied Arts in Paris from 1939-1943 and worked as an art teacher in 1945. He died on November 8, 2006 leaving behind a considerable body of work that is recognized worldwide. In 1946, Roger Capron moved to Vallauris, where he founded a ceramics workshop known as ‘l’Atelier Callis’, contributing to the Renaissance of ceramics in Vallauris.