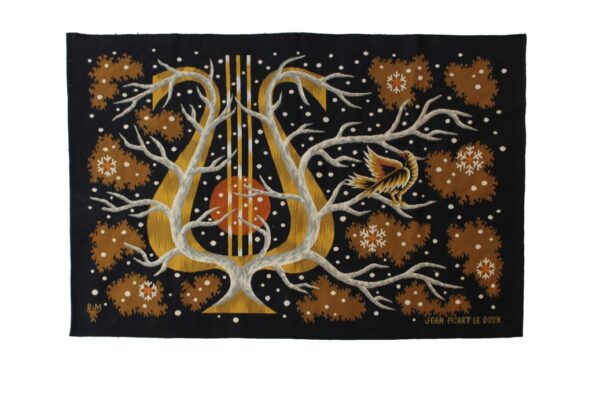 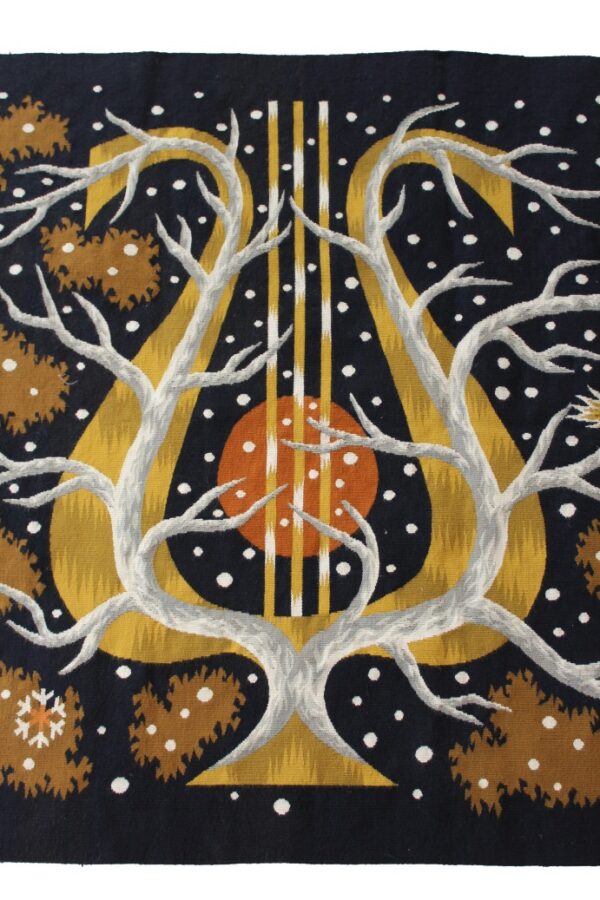 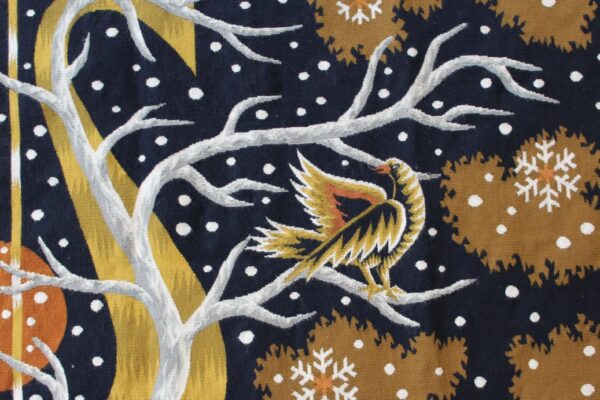 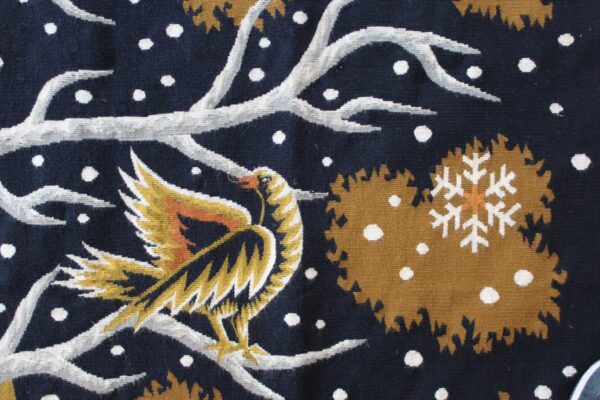 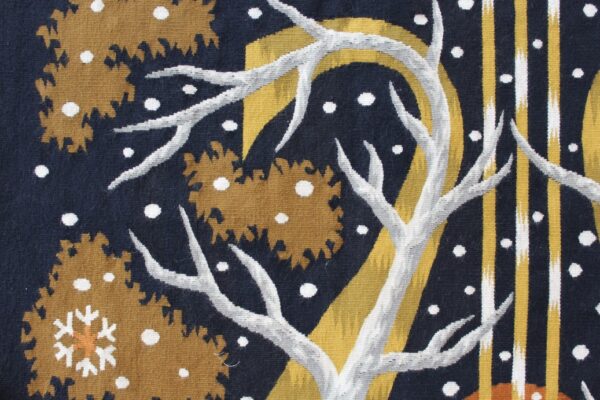 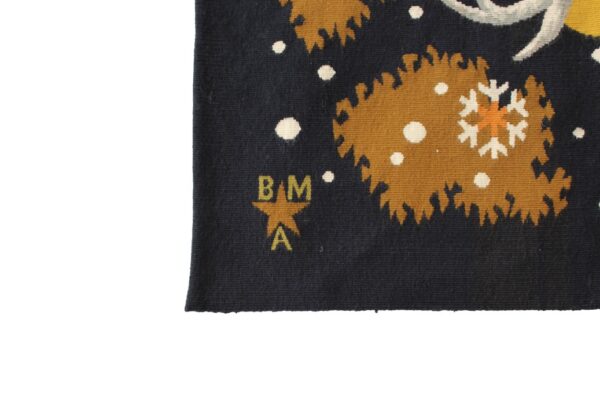 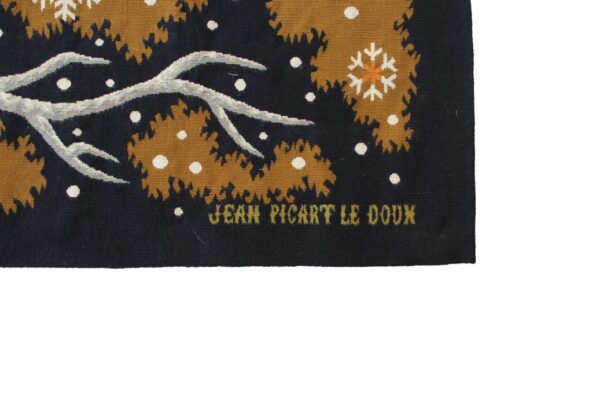 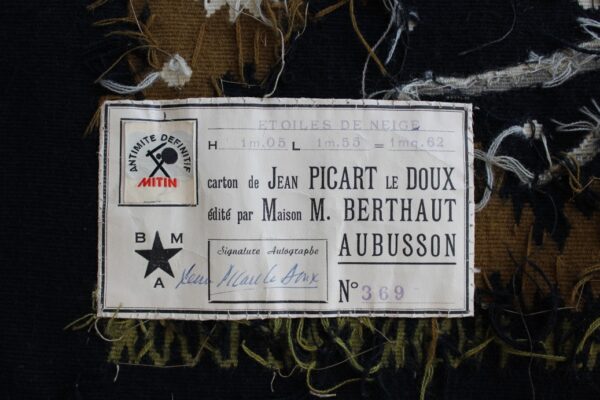 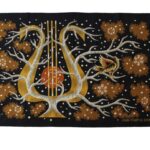 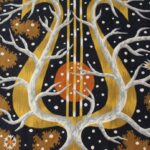 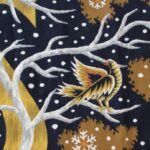 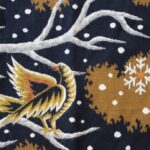 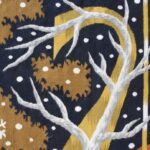 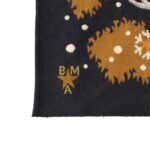 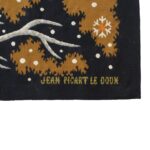 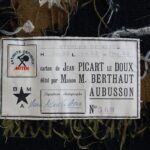 Jean Picart Le Doux tapestry “Etoiles de Neige”. Edited by Maison Berthaut for Aubusson. Handmade with wool. Signed. circa 1960, France. Very good vintage condition. Without specialized professional training, Jean Picart Le Doux made his debut in bookbinding and publishing, then he turned to advertising and graphic arts and published his first works in 1935. His first tapestry cartoons date from 1943 after having won the grand prize for theater posters at the Salon de l’Imagerie. He was the secretary general of the journal Plans3. He met Jean Lurçat and, with Marc Saint-Saëns, they founded the Association of Painters and Cartoners of Tapestry in 1947. In 1950, Picart Le Doux met two French graphic designers, Jean Colin and Jacques Nathan, and two Swiss graphic designers, Fritz Bühler and Donald Brun, on the occasion of an exhibition of their work in Basel. He then created the project of?? An International Graphic Alliance (AGI). It was officially founded on November 22, 1952 and Picart Le Doux was its first president. Picart Le Doux is a great master of Aubusson tapestry, which produced more than four hundred original tapestries. Several of his works are selected for the decoration of the ocean liner, France, including the monumental tapestry Les Phases du Temps for the 1st class smoking room. He was a member of the board of directors of the Société Nationale des Beaux Arts in the Decorative Art section from 1975-1980. He exhibited, among others, at the Château de Vascœuil, in Normandy in 1974. In Paris, he exhibited in 1970 at the Forney library, in 1980 at the Musée de La Poste, on the occasion of the issue of the postage stamp “Hommage to Jean-Sébastien Bach”. He is buried in the Père-Lachaise cemetery (87th division, box 10753).