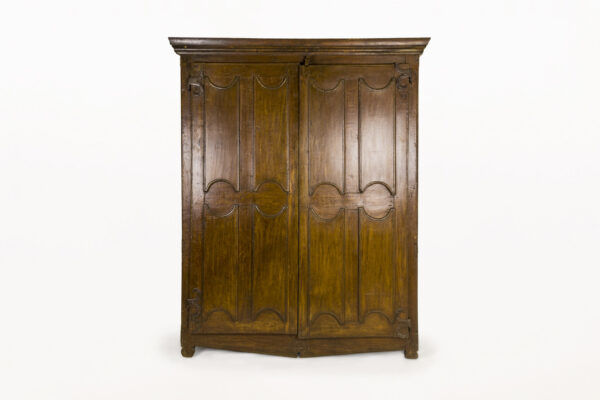 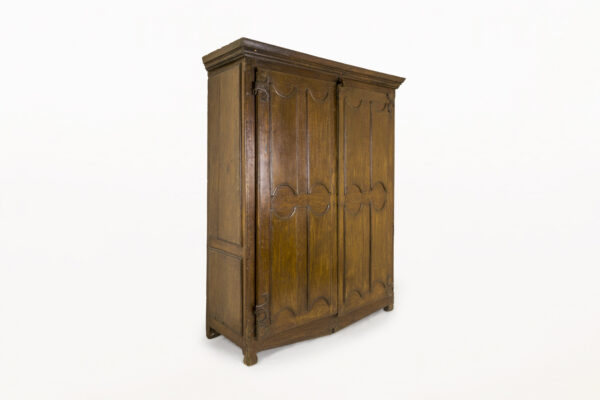 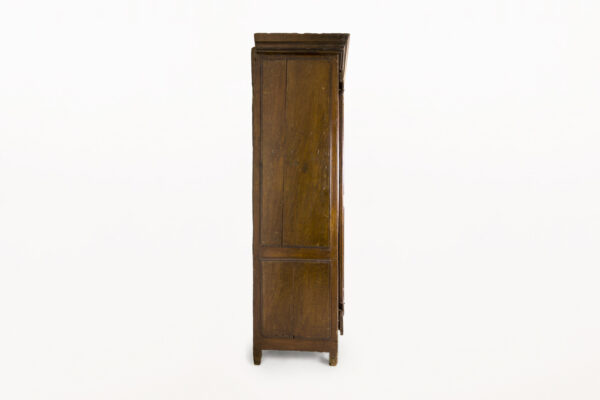 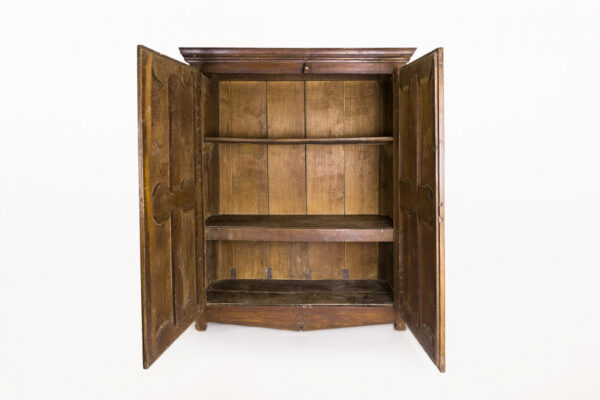 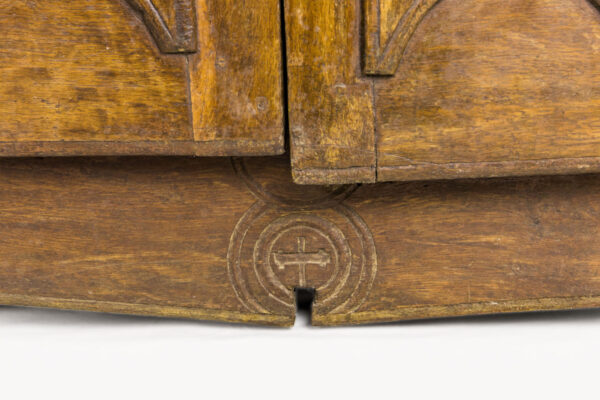 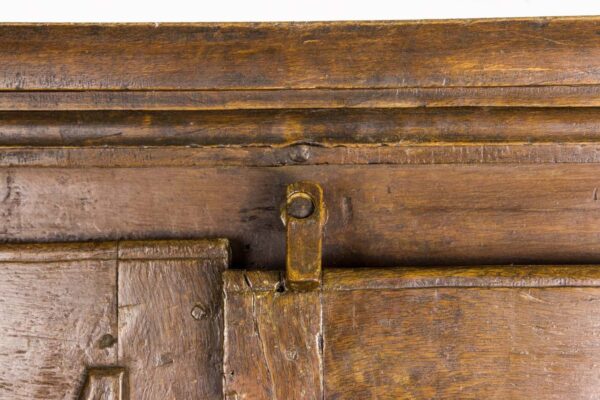 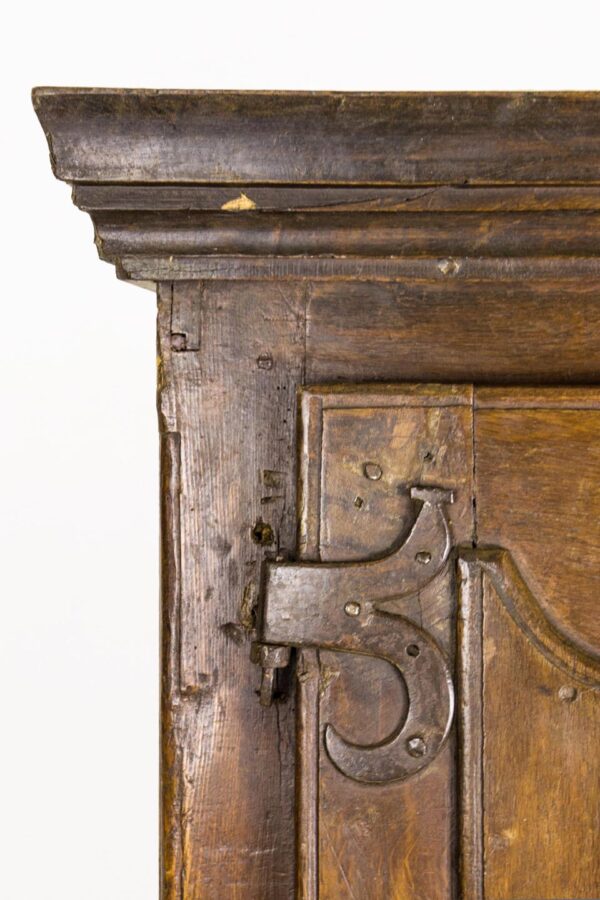 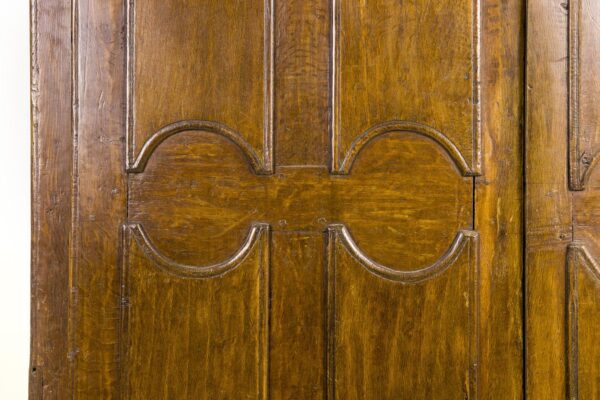 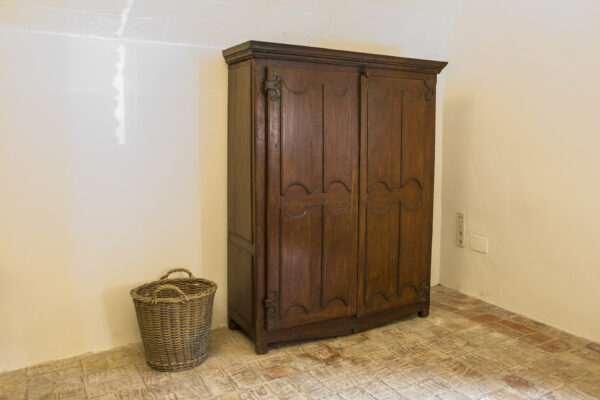 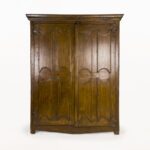 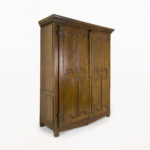 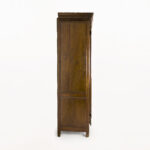 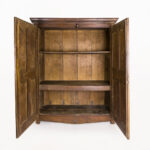 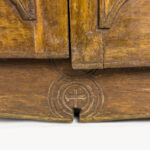 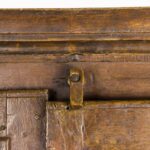 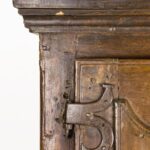 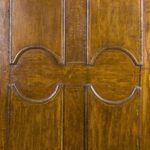 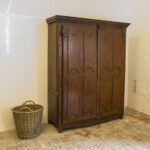 Wardrobe. Original patina. Made with chestnut. Original iron work. 18th Century, Spain. Very good vintage condition. The Baroque is a style of architecture, music, dance, painting, sculpture, poetry, and other arts that flourished in Europe from the early 17th century until the 1740s. In the territories of the Spanish and Portuguese empires including the Iberian Peninsula it continued, together with new styles, until the first decade of the 19th century. It followed Renaissance art and Mannerism and preceded the Rococo (in the past often referred to as “late Baroque”) and Neoclassical styles. It was encouraged by the Catholic Church as a means to counter the simplicity and austerity of Protestant architecture, art, and music, though Lutheran Baroque art developed in parts of Europe as well.