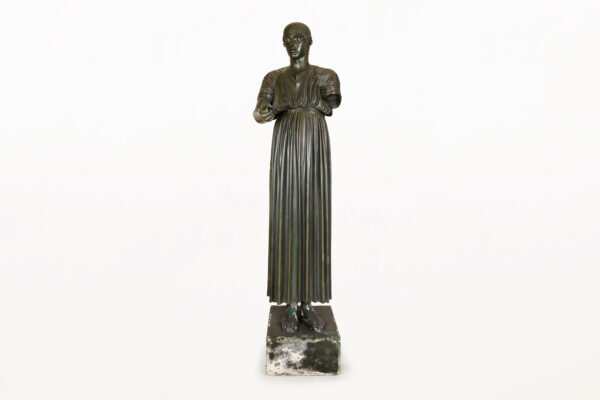 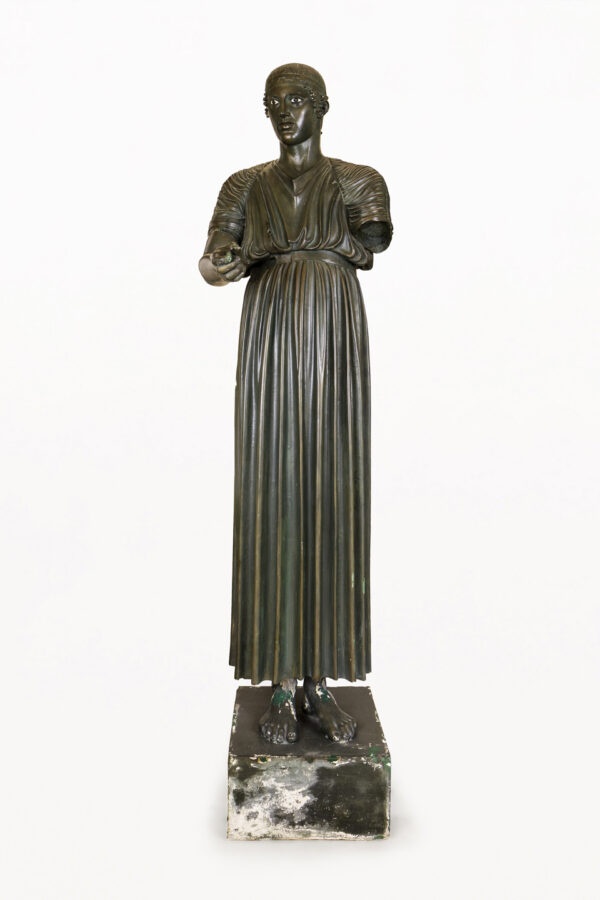 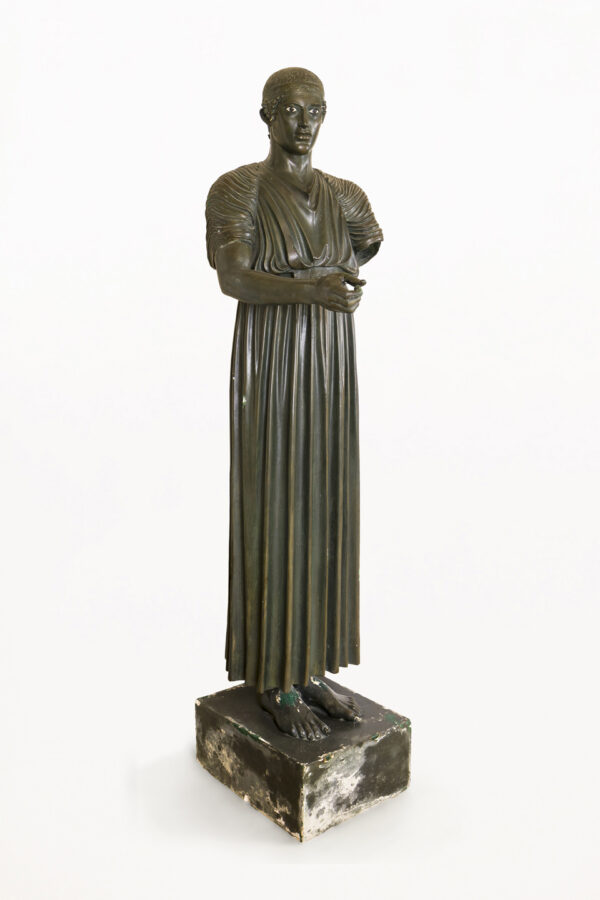 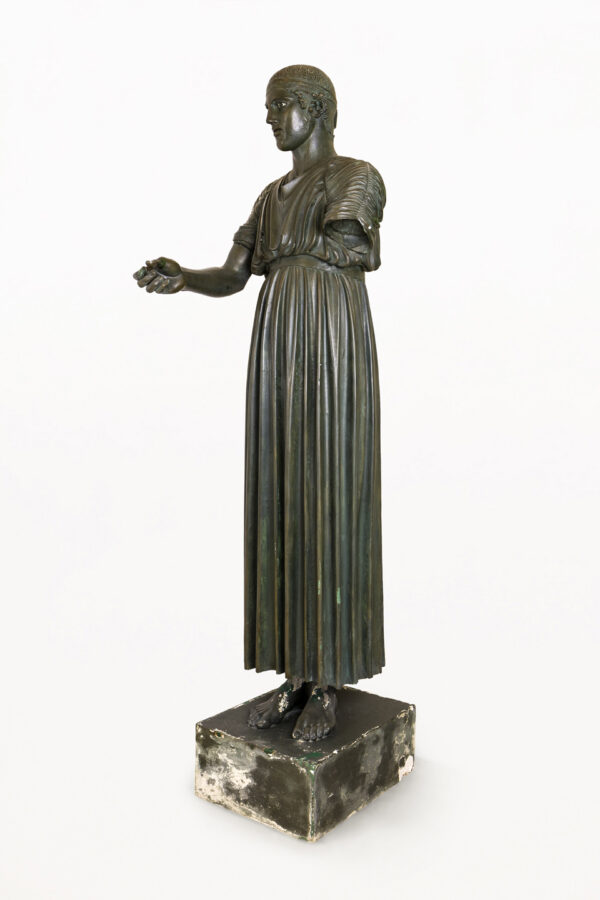 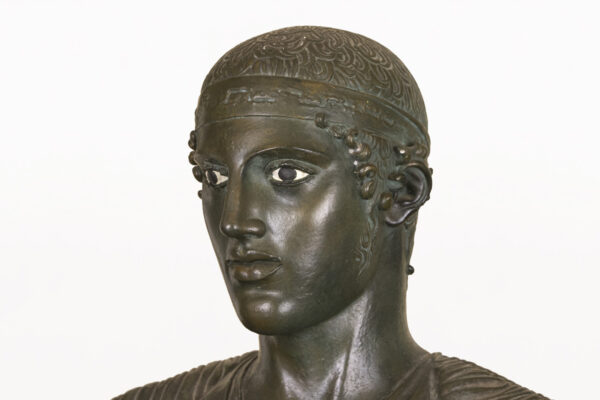 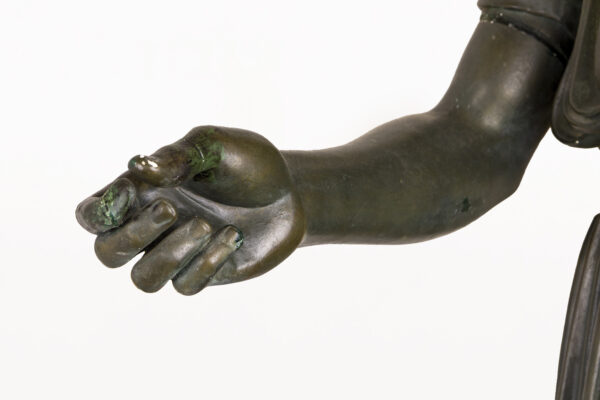 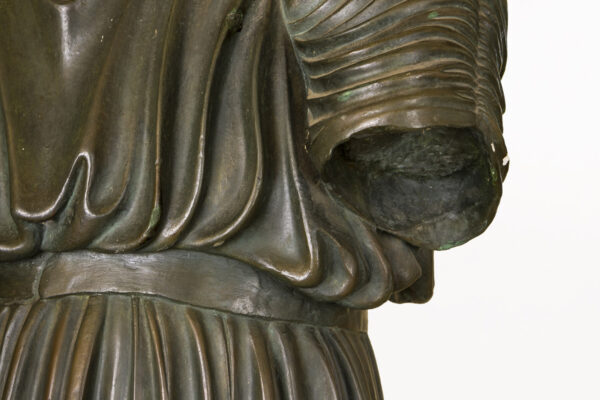 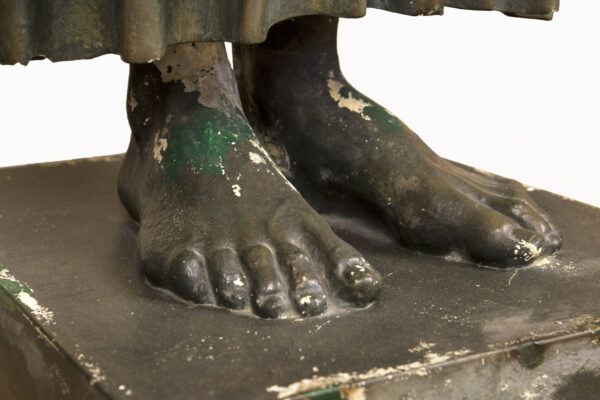 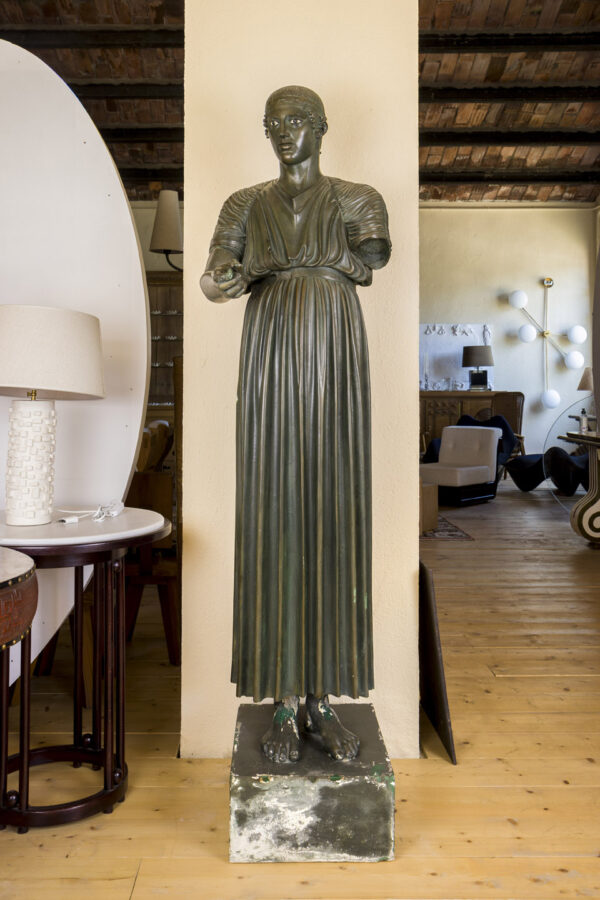 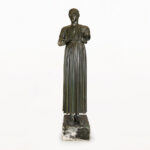 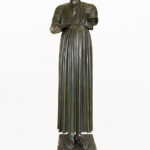 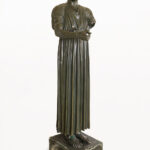 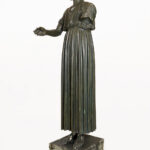 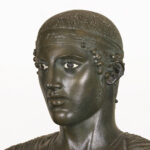 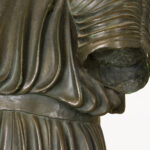 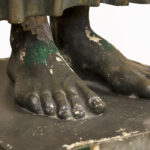 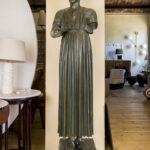 Sculpture After L’aurige de Delphes. Sculpture made with plaster. Greek Revival. 20th Century, France. Good vintage condition. L’aurige de Delphes, or Hêniokhos (in ancient Greek ἡνίοχος, “who holds the reins”), is one of the most famous sculptures of ancient Greece, and one of only five large bronzes that have come down to us from the classical era. It is kept in the Archaeological Museum of Delphi and dated, thanks to its inscription, between two Panhellenic Games, either in 478, or in 474, or between 470 and 467 BC. J.-C. The Greek Revival was an architectural movement of the late 18th and early 19th centuries, predominantly in northern Europe and the United States. It revived the style of ancient Greek architecture, in particular the Greek temple, with varying degrees of thoroughness and consistency. A product of Hellenism, it may be looked upon as the last phase in the development of Neoclassical architecture, which had for long mainly drawn from Roman architecture. The term was first used by Charles Robert Cockerell in a lecture he gave as Professor of Architecture to the Royal Academy of Arts, London in 1842.