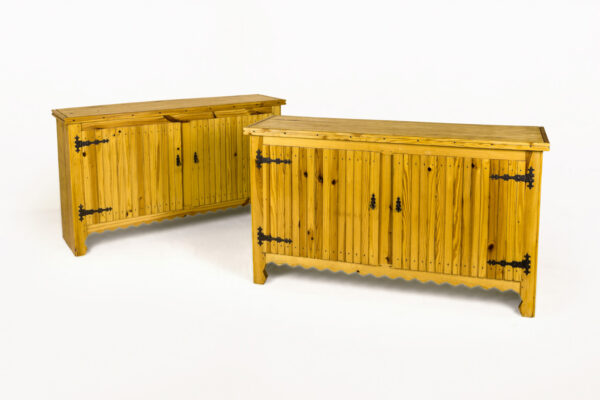 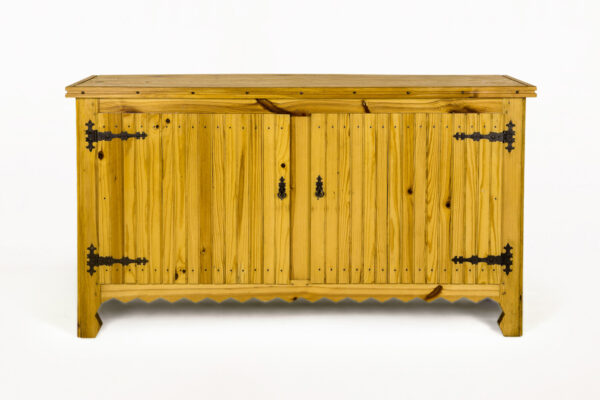 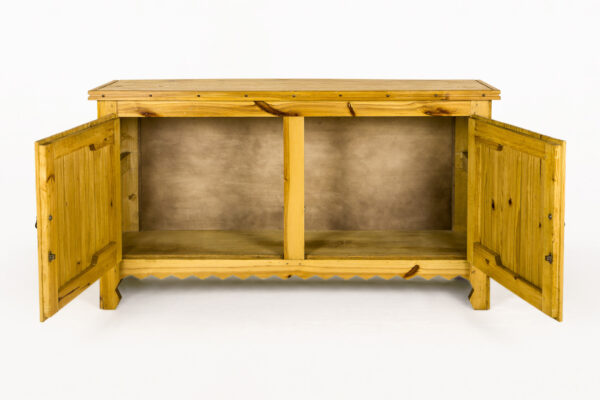 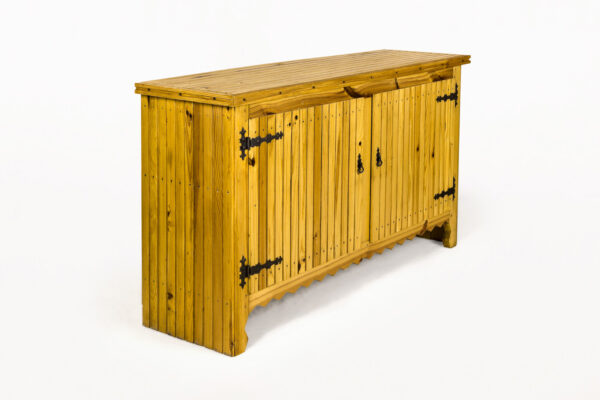 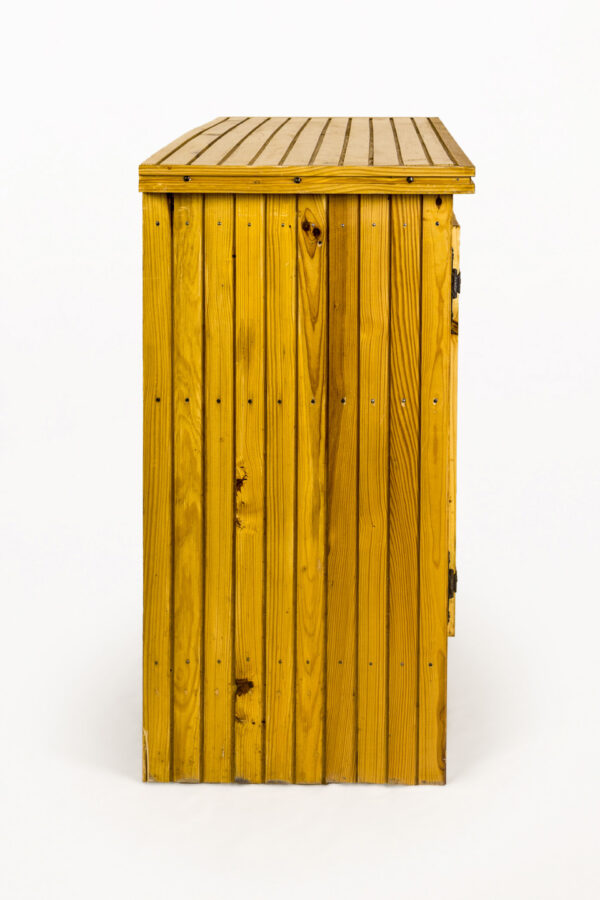 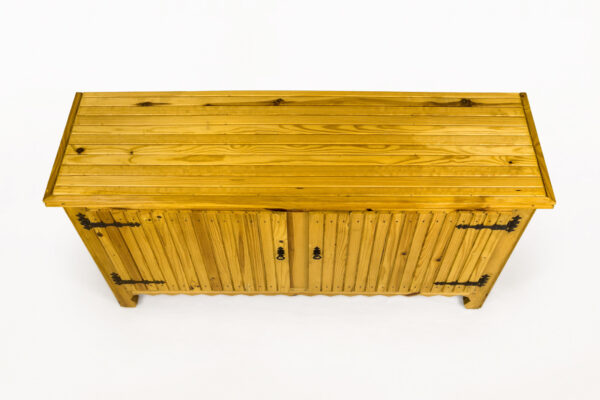 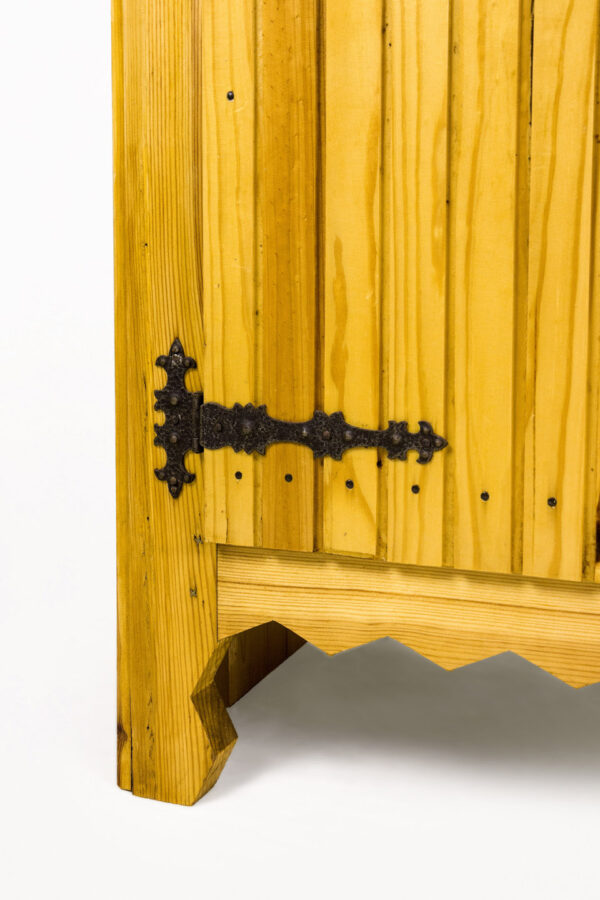 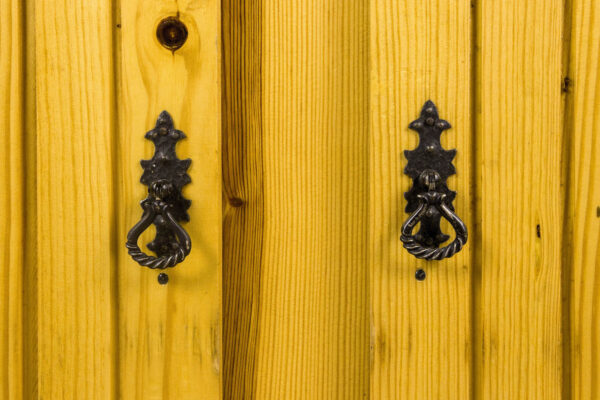 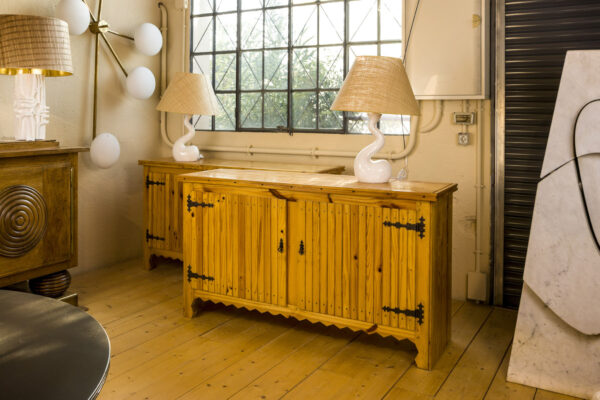 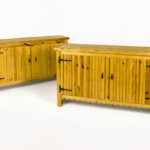 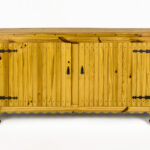 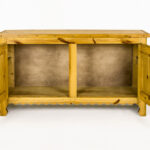 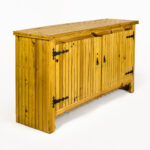 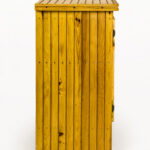 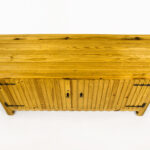 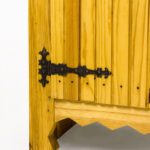 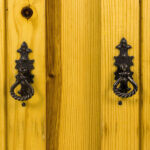 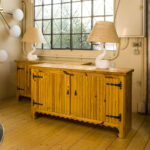 Pair of sideboards, circa 1960, Italy

Pair of sideboards. Made with pine. Handcrafted iron work. Circa 1960, Italy. Very good vintage condition. Mid-Century Modern (MCM) is a design movement in interior, product, graphic design, architecture, and urban development that was popular from roughly 1945 to 1969, during the post–World War II period. The term was used descriptively as early as the mid-1950s and was defined as a design movement by Cara Greenberg in her 1984 book Mid-Century Modern: Furniture of the 1950s. It is now recognized by scholars and museums worldwide as a significant design movement. The MCM design aesthetic is modern in style and construction, aligned with the Modernist movement of the period. It is typically characterized by clean, simple lines and honest use of materials, and it generally does not include decorative embellishments.