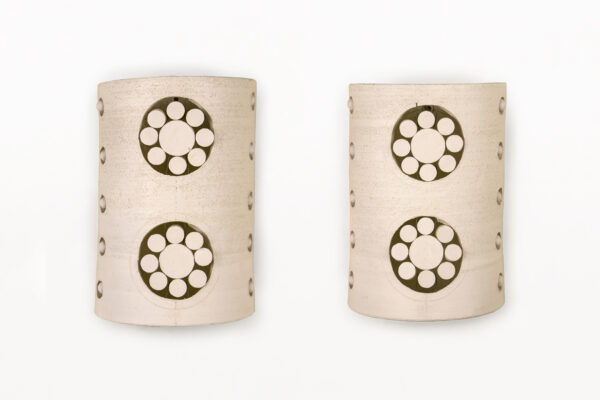 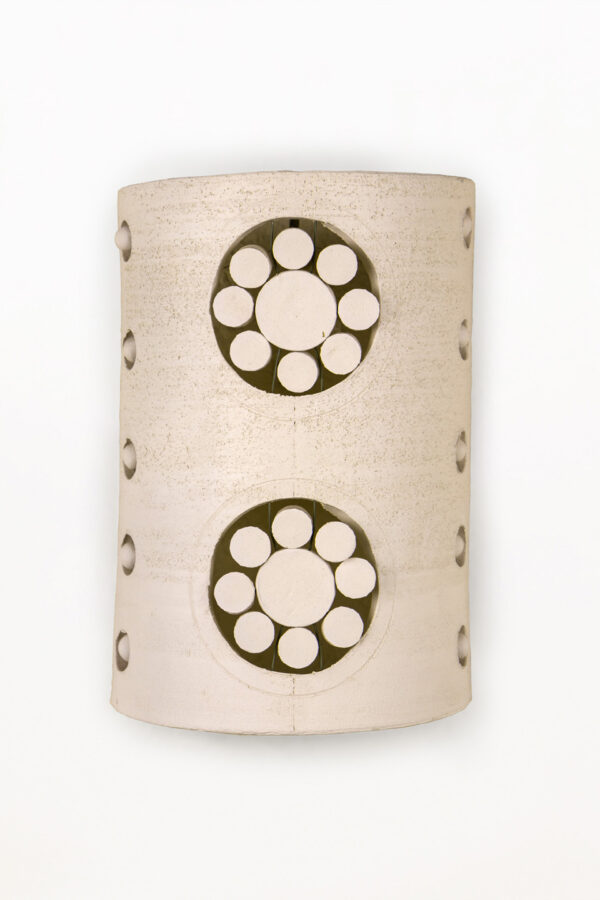 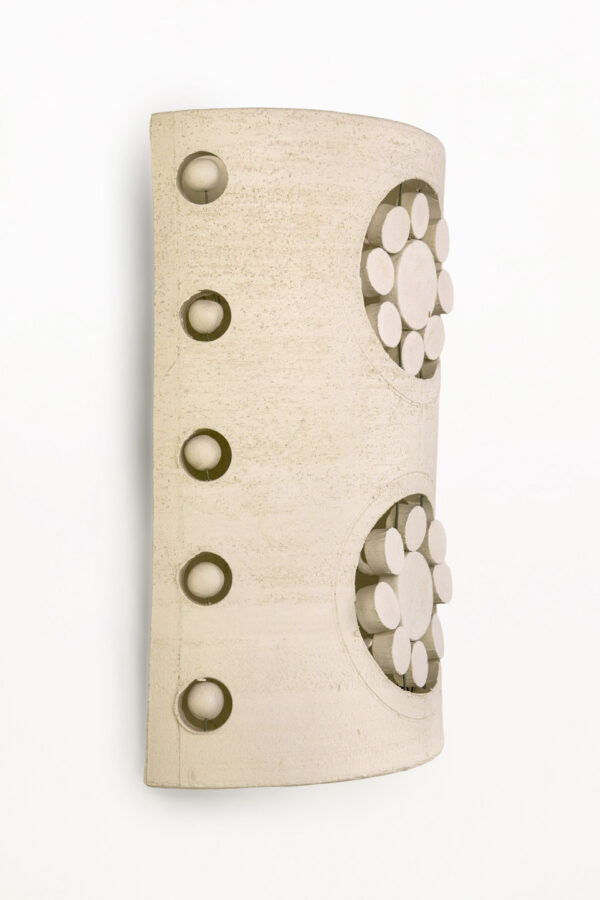 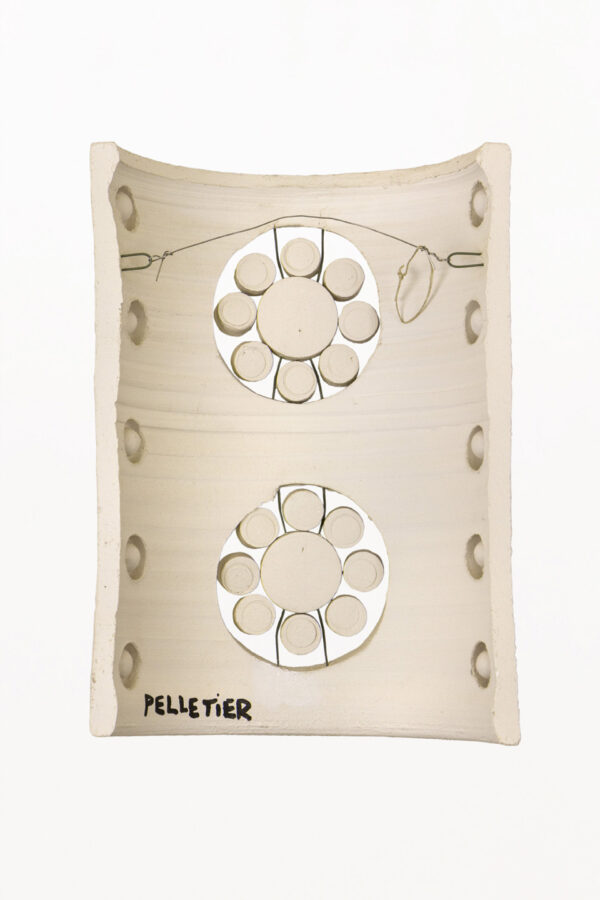 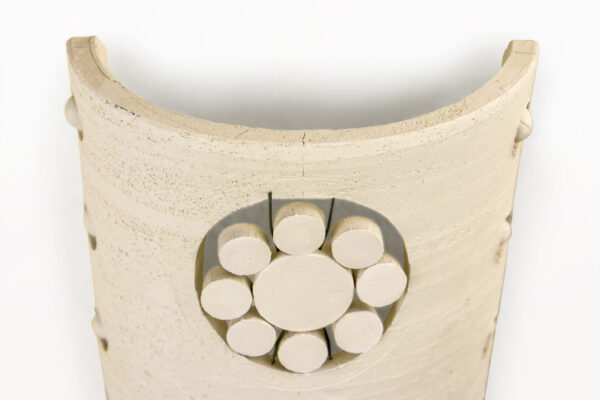 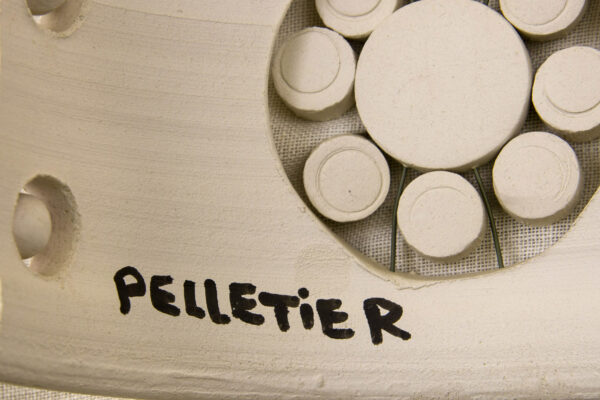 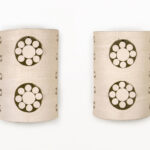 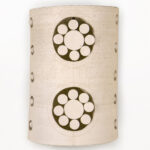 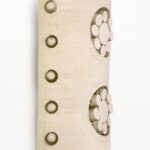 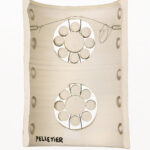 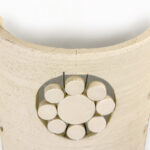 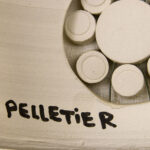 Pair of Georges Pelletier sconces. Made with bisque ceramic. Signed. Circa 2010, France. Very good vintage condition. Georges Pelletier was born in Brussels 09/10/1938. He study in Academy Charpentier in Paris (School of Arts & Crafts), which is now the Picasso Museum. In 1961 he opened his first studio in Paris, where he created his first unique pieces. He was spotted by the Bobois house for his talent. That’s why he became a supplier of Roche Bobois lighting collections from 1961-1973, where he had his own workshop dedicated to the creation of lighting fixtures for this big house. Pelletier now lives in the south of France and dedicates solely to his own handmade. Mid-century modern (MCM) is an American design movement in interior, product, graphic design, architecture, and urban development that was popular from roughly 1945 to 1969, during the United States’s post–World War II period. The term was used descriptively as early as the mid-1950s and was defined as a design movement by Cara Greenberg in her 1984 book Mid-Century Modern: Furniture of the 1950s. It is now recognized by scholars and museums worldwide as a significant design movement. The MCM design aesthetic is modern in style and construction, aligned with the Modernist movement of the period. It is typically characterized by clean, simple lines and honest use of materials, and it generally does not include decorative embellishments.