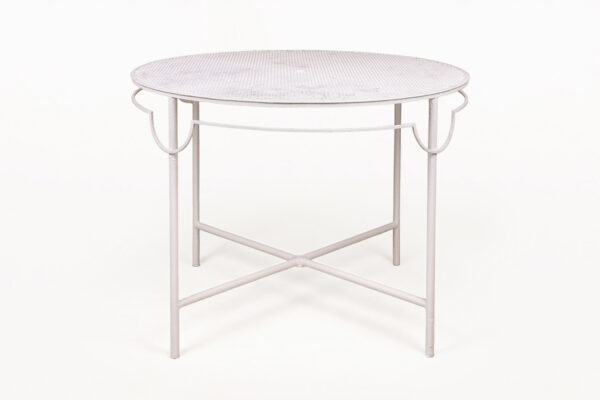 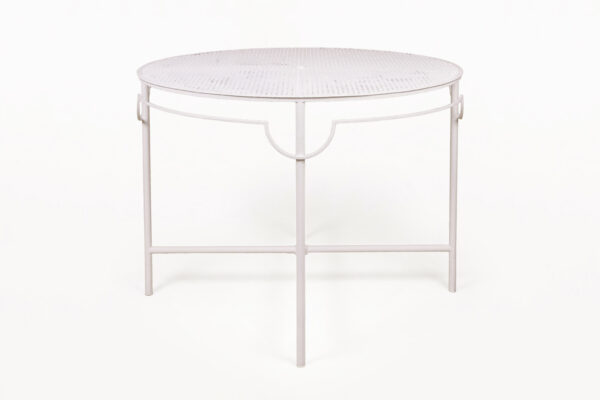 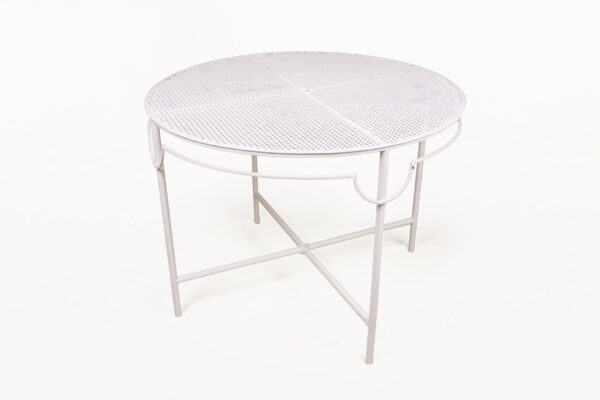 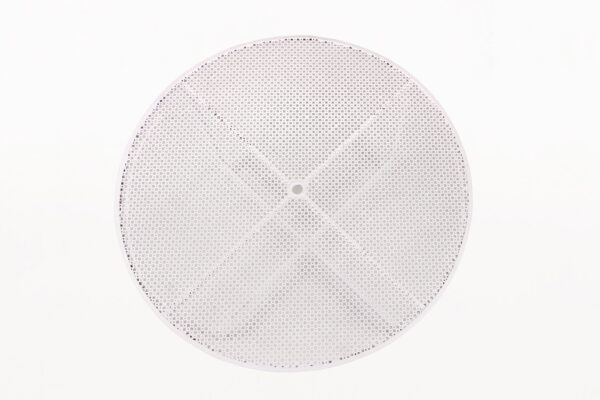 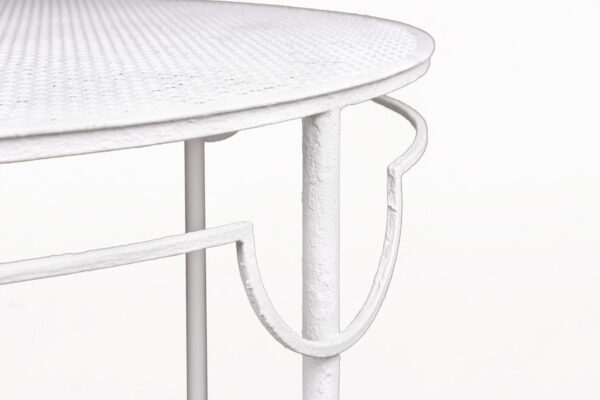 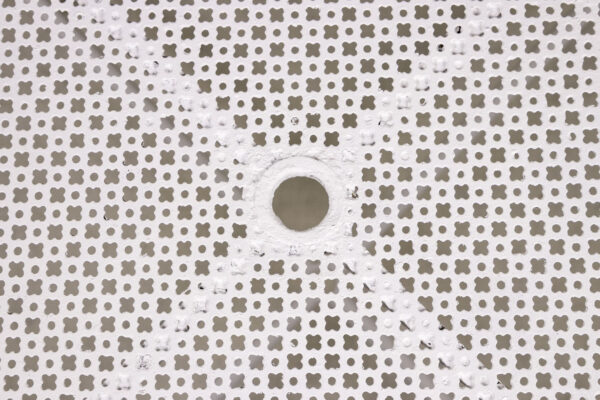 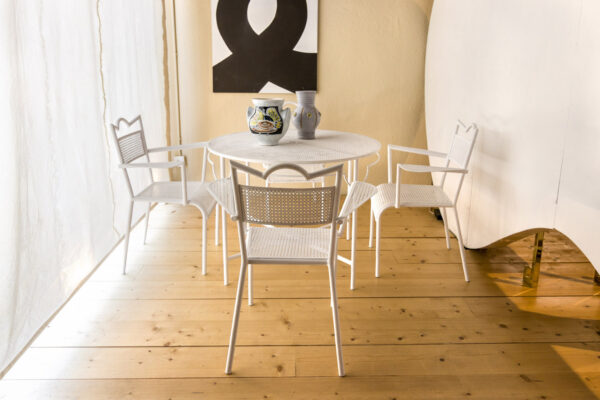 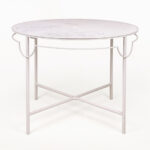 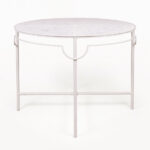 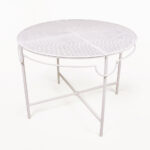 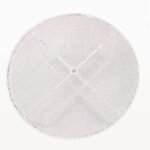 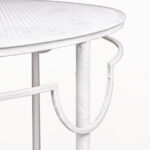 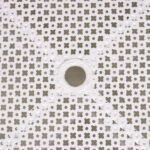 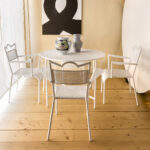 Mathieu Matégot table. Made with Perforated Iron. Painted in white. Circa 1931, France. Mathieu Matégot (1910 – 2001) was a versatile, independent and self-taught Hungarian designer, architect and artist who spent most of his life in his beloved Paris, where he for the first time settled in 1931 after finishing his studies at Budapest’s School of Art and Architecture. In the 1950’s – and for a decade and a half – that he devoted to the design of furniture and interior accessories, he created a wide range of distinctive designs that today is considered iconic and contemporary. To ensure quality in the production of his own designs, Matégot set up two of his own workshops – Société Mategot, one in Paris that employed up to twenty workers and a second in Casablanca, Morocco. Both manufactured in limited numbers for up to 400 items and continued until the beginning of 1960’s when Matégot abruptly ended his production and began his work on tapestry, which he would continue for the rest of his career. Mid-Century Modern (MCM) is a design movement in interior, product, graphic design, architecture, and urban development that was popular from roughly 1945 to 1969, during the post–World War II period. The term was used descriptively as early as the mid-1950s and was defined as a design movement by Cara Greenberg in her 1984 book Mid-Century Modern: Furniture of the 1950s. It is now recognized by scholars and museums worldwide as a significant design movement. The MCM design aesthetic is modern in style and construction, aligned with the Modernist movement of the period. It is typically characterized by clean, simple lines and honest use of materials, and it generally does not include decorative embellishments.