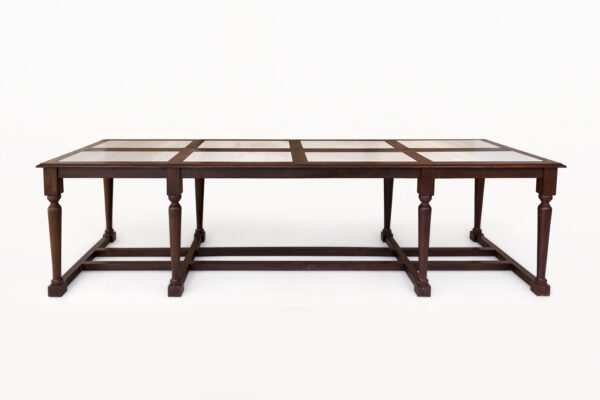 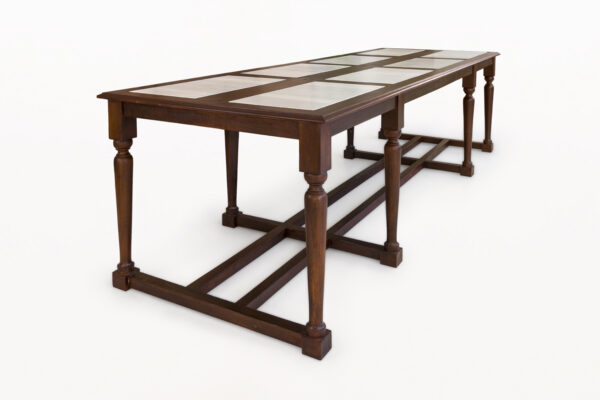 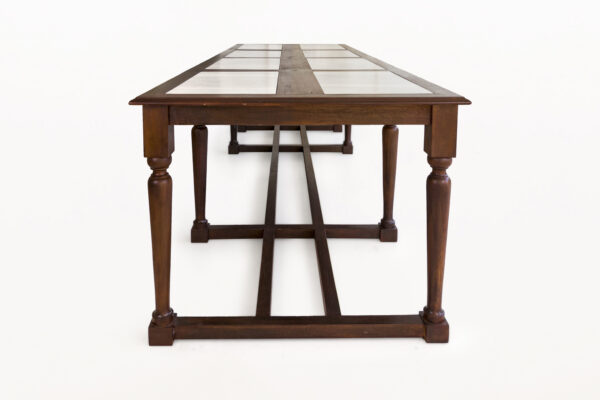 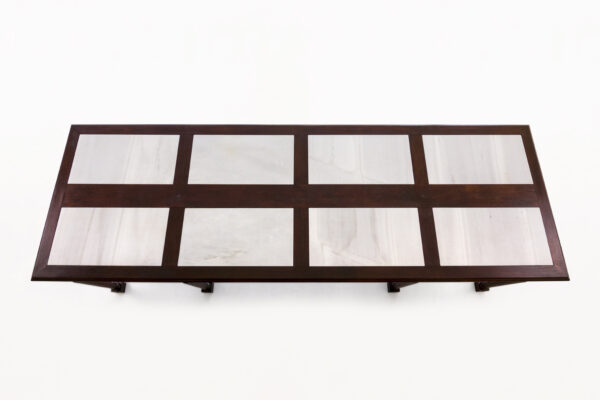 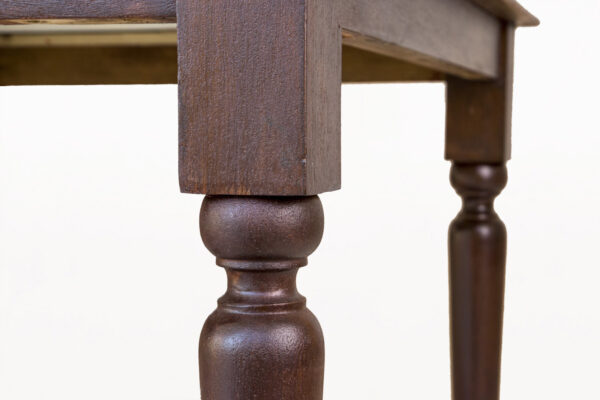 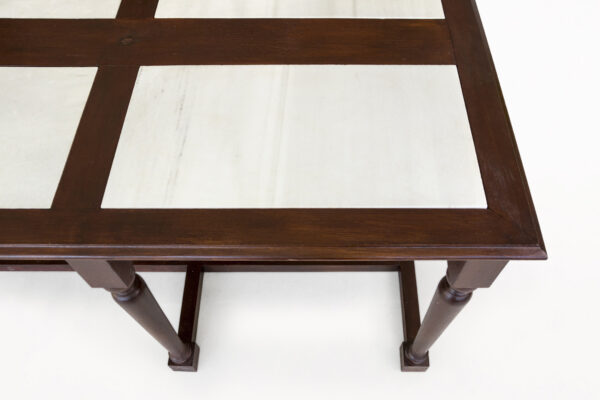 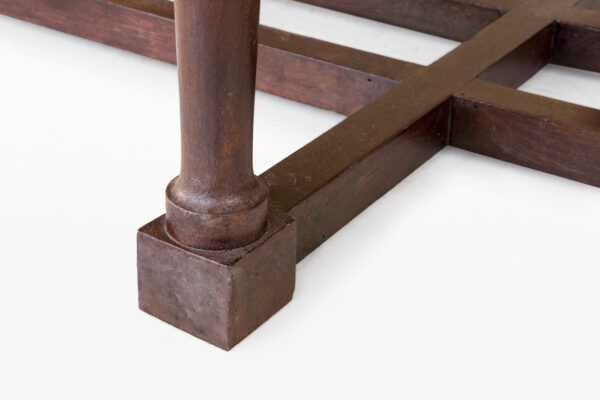 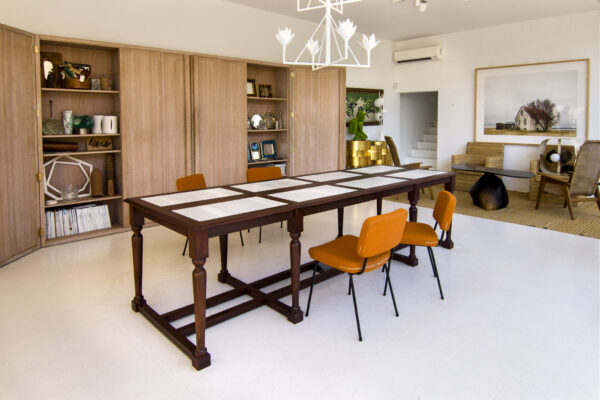 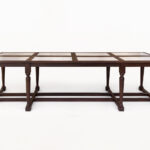 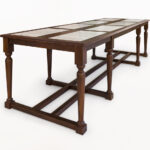 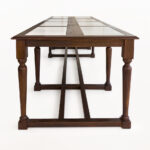 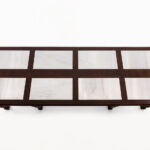 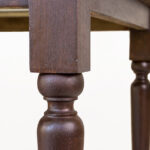 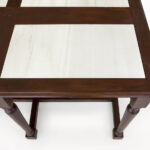 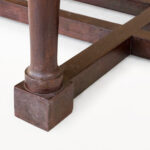 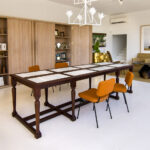 Dining Table. Made with elm and marble top in eight pieces. Marble: Carrare blanc viené. Very decorative. 19th Century, France. Very good vintage condition. Known as the “Citizen King,” Louis Philippe reigned from 1830 to the Revolution of 1848 with the support of the upper bourgeoisie. Whereas the monarchs of 18th-century France, including Louis XIV, Louis XV and Louis XVI, dictated aesthetics through the decadence of the aristocratic court, Louis Philippe had a more down-to-earth presence. He could be seen walking the streets like an ordinary person, carrying his own umbrella and shaking hands with subjects. Antique Louis Philippe–style furniture reflects a sense of simplicity and the sovereign’s passion for the country’s history, such as his establishment of a Museum of the History of France at Versailles, which had been mostly disused since the French Revolution. The rounded profiles of authentic Louis Philippe tables and chairs were preferred in the apartments rather than palaces being furnished by the affluent middle and upper classes. Ornamentation was minimal on the finely crafted pieces, such as large rectangular mirrors adorned with gold and silver leaf finishes and subdued carvings. The popular Louis Philippe commodes were solidly made with clean lines that showed off the grain of the wood and were often topped with marble surfaces.