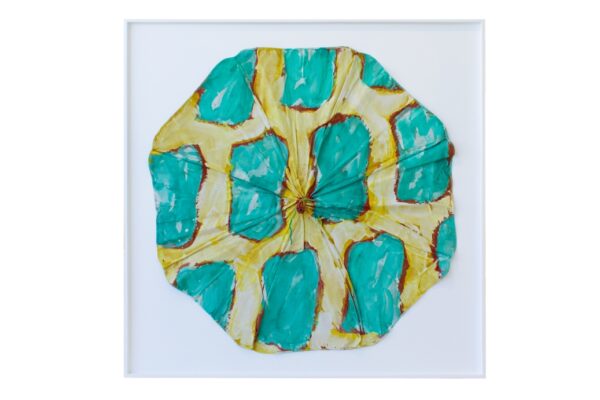 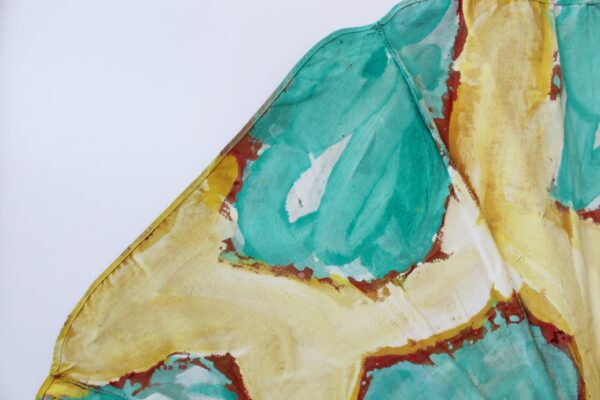 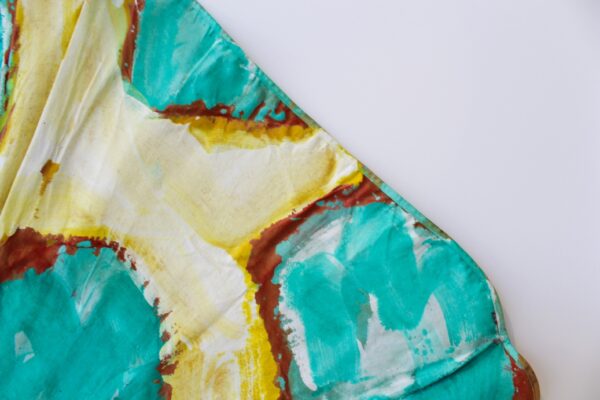 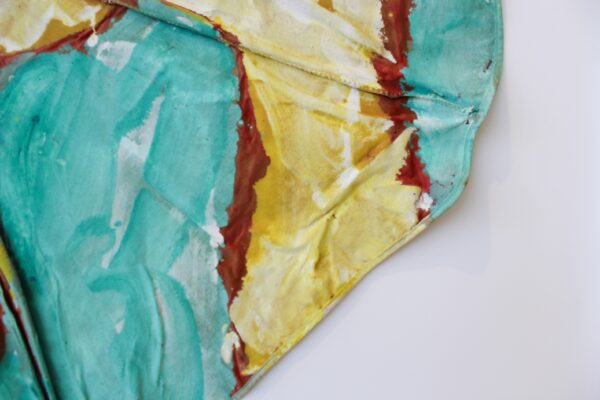 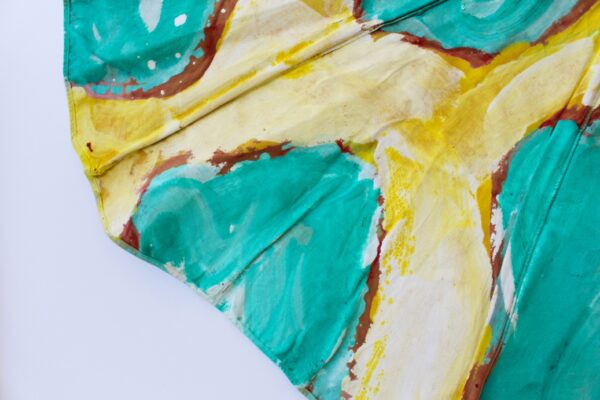 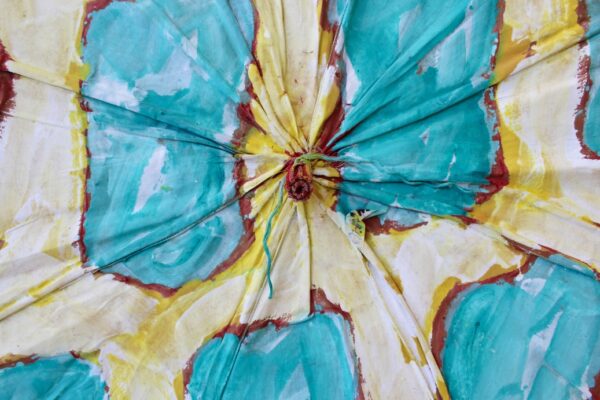 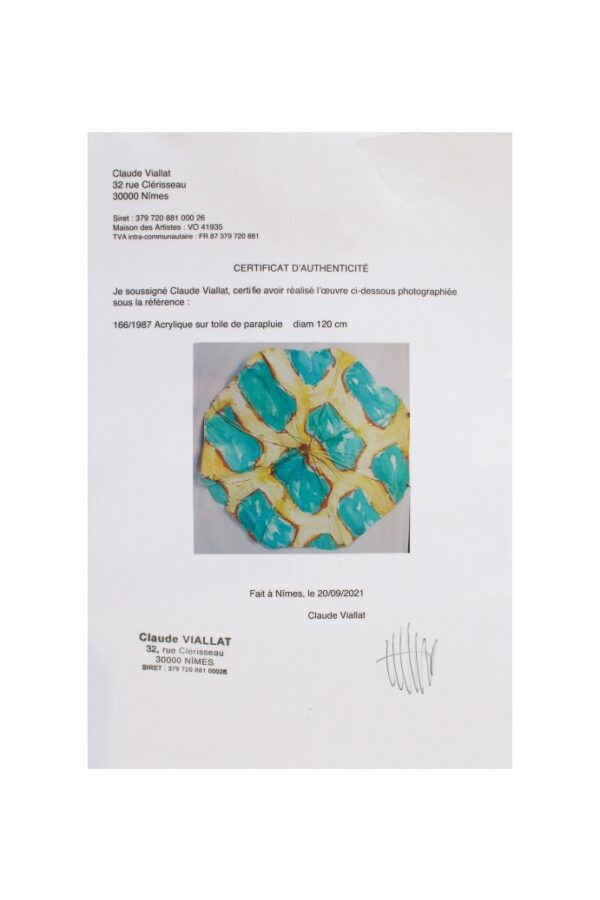 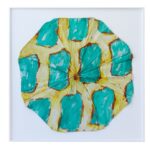 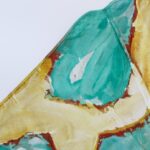 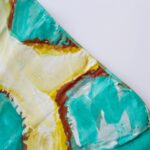 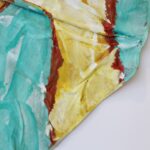 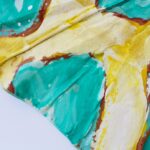 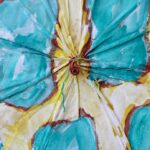 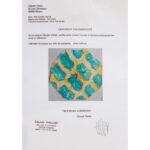 Claude Viallat “Support-Surface” Painting. Painted Umbrella. Large Format. Important Example of Viallat’s “Support-Surface” Style. Circa 1987, France. With Certificate of Authenticity signed by the Artist. Very good vintage condition. Claude Viallat studied at the School of Fine Arts in Montpellier from 1955 to 1959, then at the School of Fine Arts in Paris from 1962 to 1963, in Raymond Legueult’s studio. In 1966, he adopted a painting process based on prints placed on free canvases, without frames, which placed him in a radical critique of lyrical and geometric abstraction (in the so-called All-over technique). This neutral form repeated indefinitely in this way has given rise to a work on color that is unique in its kind. Color becoming both the object and the central subject of Claude Viallat’s work. In 1969, he was one of the founding members of the Supports/Surfaces Group. This movement is known for creating new designs with traditional materials. In his recent works, Claude Viallat has returned to flat rectangular or square surfaces, favoring an outburst, internal constituent elements, placing ever greater emphasis on the relationships of density, intensity, brilliance between the colored surfaces. In addition to the growing success of his exhibitions both in France (at the Center Pompidou in 1982) and abroad (Venice Biennale in 1988), the artist devoted a good part of his life to teaching in schools of art: Nice, Limoges, Marseille, Nîmes (where he was director for many years), and finally at the École Nationale Supérieure des Beaux-Arts in Paris. Now retired, he continues his exploratory research.