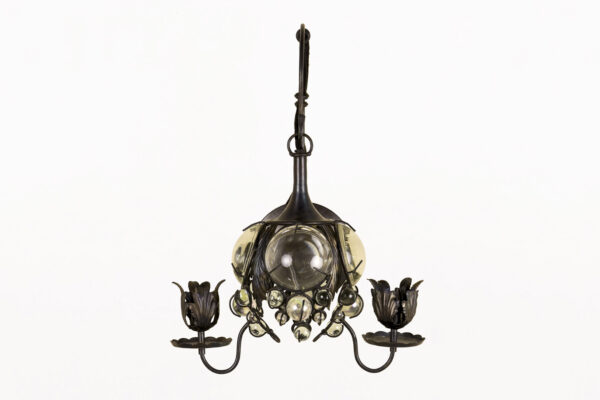 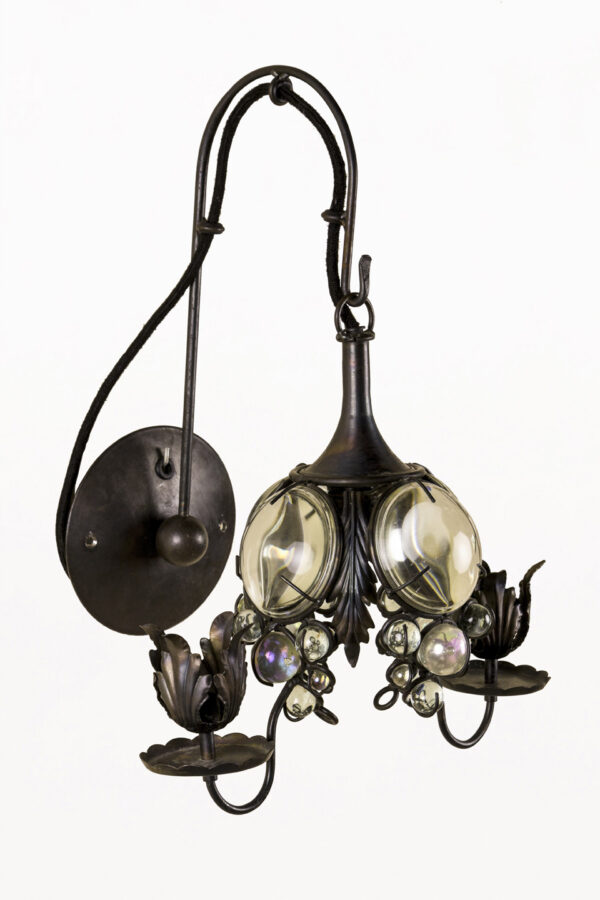 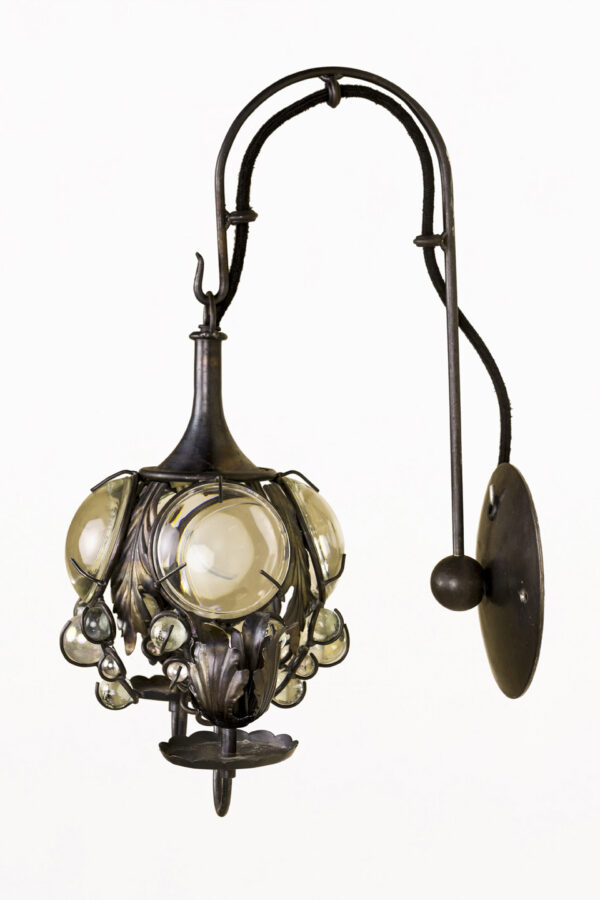 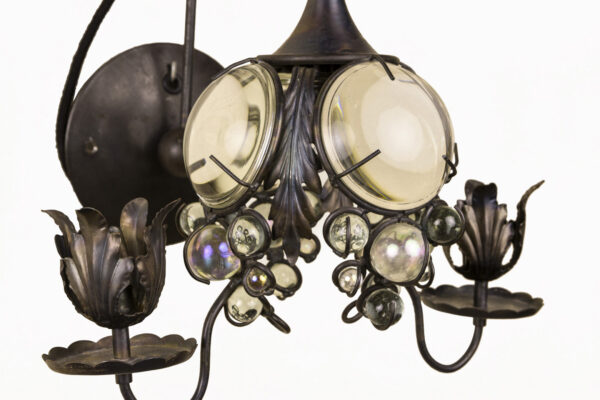 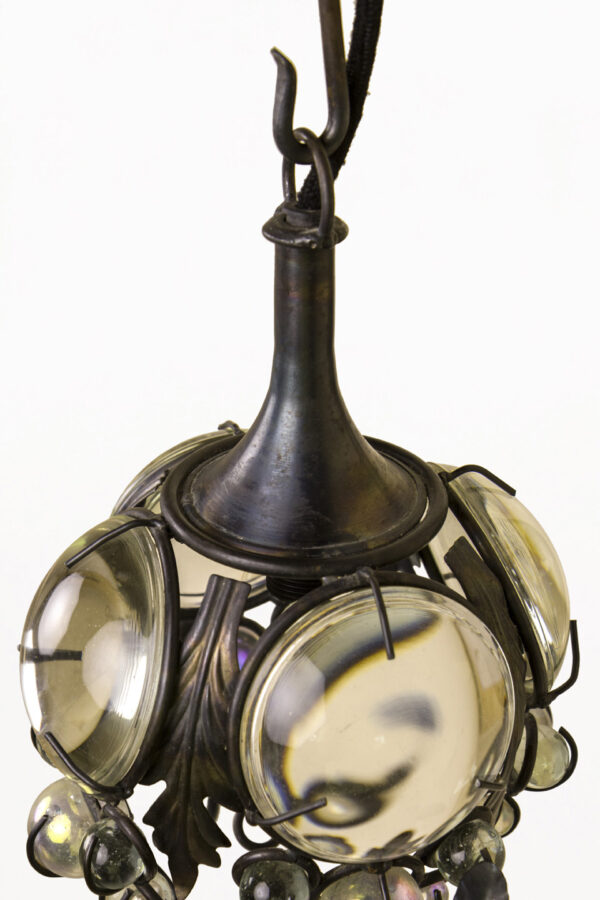 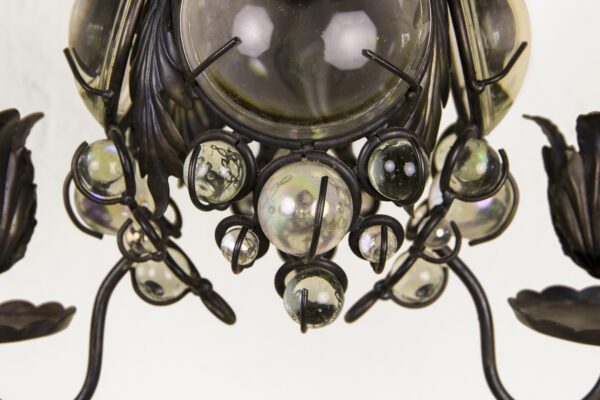 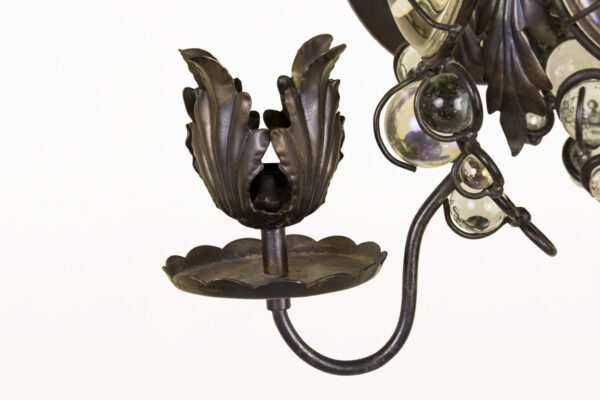 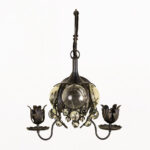 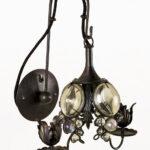 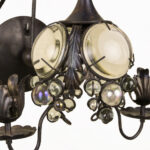 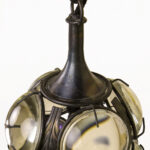 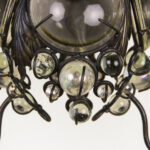 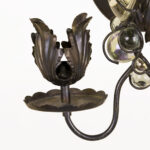 Brazier Jones sconce. Made with iron and crystal. Very decorative. Circa 1980, United Kingdom. Very good vintage condition. Mark Brazier-Jones (b.1956) is an internationally-celebrated artist, master furniture and lighting designer and engineer, who cut his teeth working in the 1970s and 1980s on music sets for Duran Duran, Elton John and David Bowie. In his own words: ‘Form does follow function, but part of furniture’s function is decorative’, and that is clear in his output, which blurs the boundaries between art design and function. His work is held in museums across the world – the Victoria & Albert Museum, London, the Louvre, Paris and the Museum of Art and Design, New York – and pieces have been described as being modern design icons. Mid-Century Modern (MCM) is an American design movement in interior, product, graphic design, architecture, and urban development that was popular from roughly 1945 to 1969. The MCM design aesthetic is modern in style and construction, aligned with the Modernist movement of the period. It is typically characterized by clean, simple lines and honest use of materials, and it generally does not include decorative embellishments.