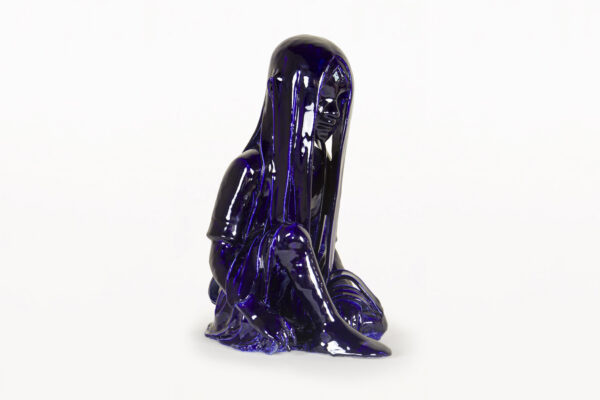 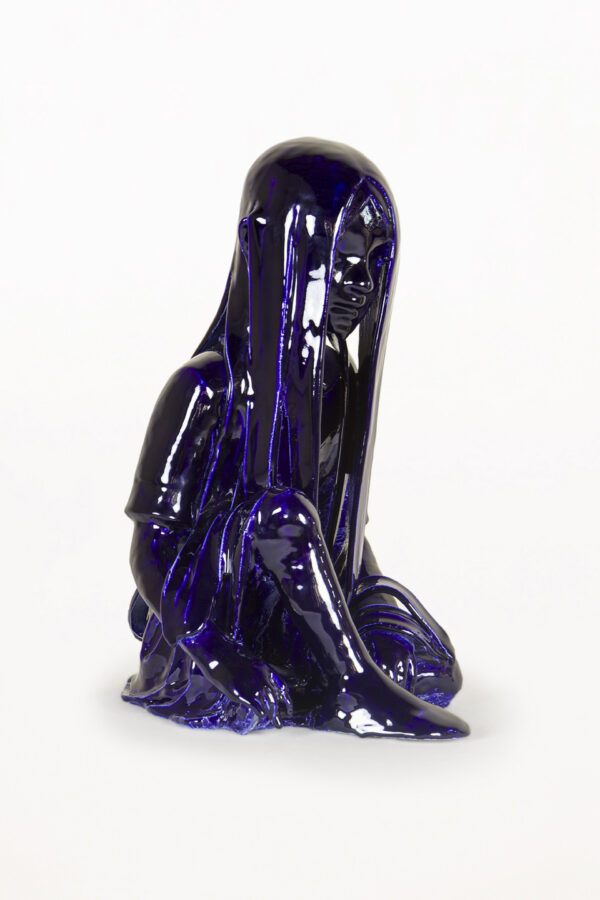 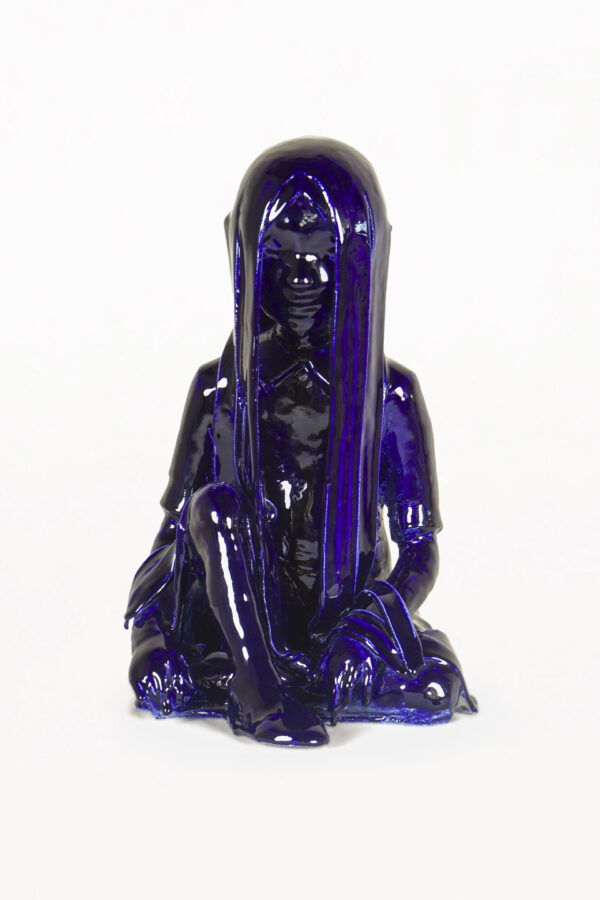 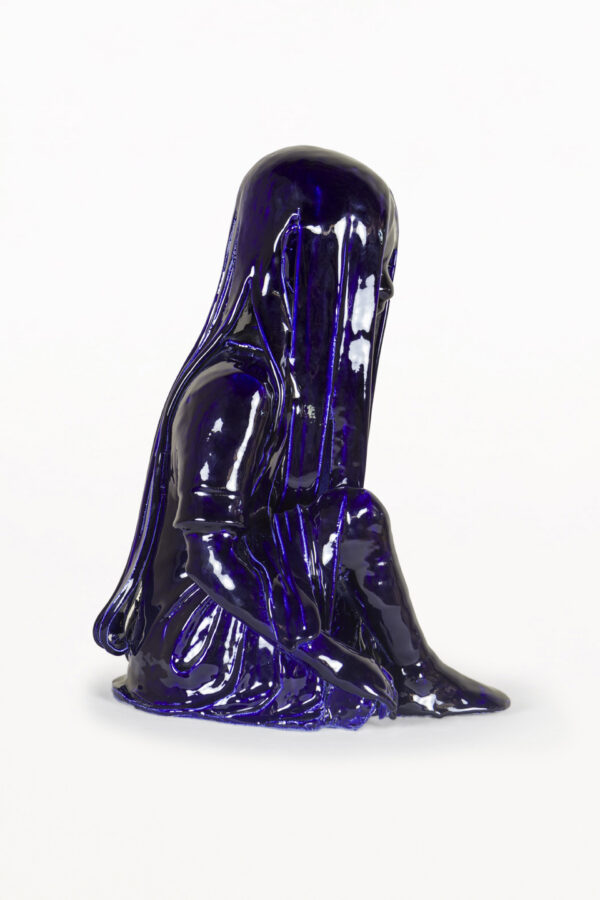 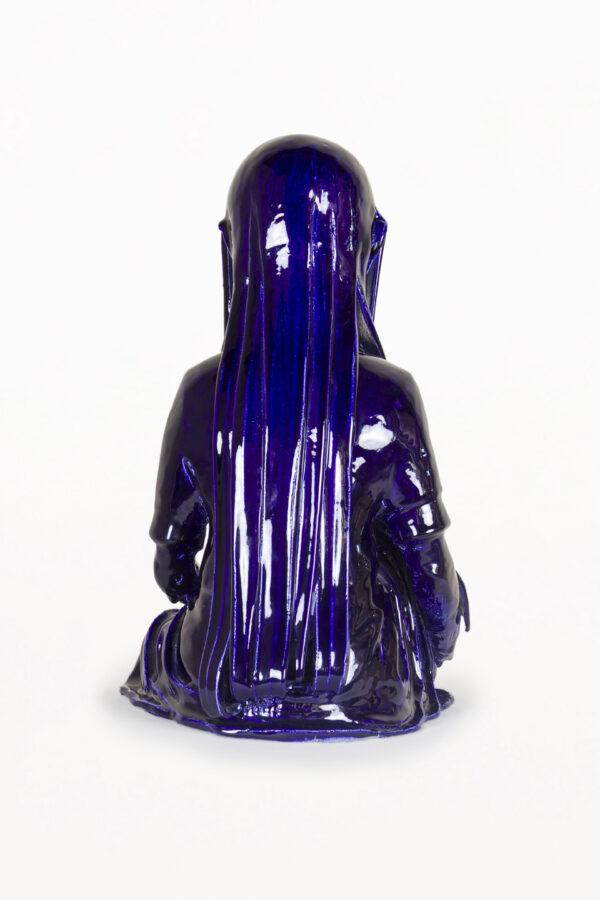 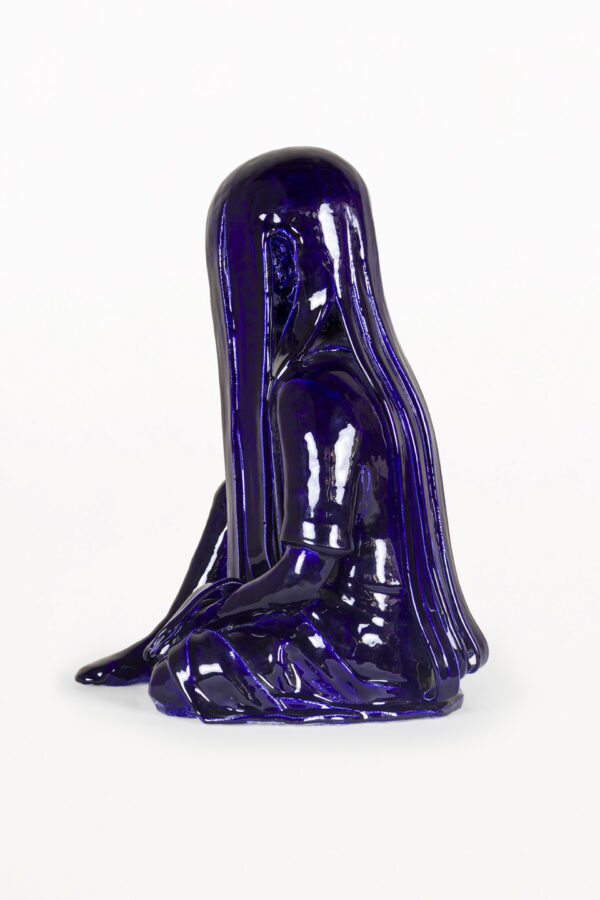 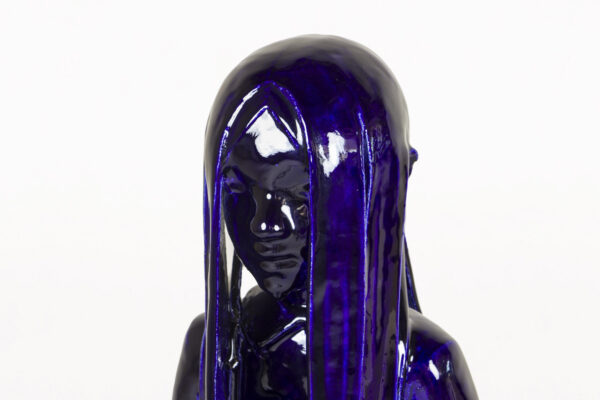 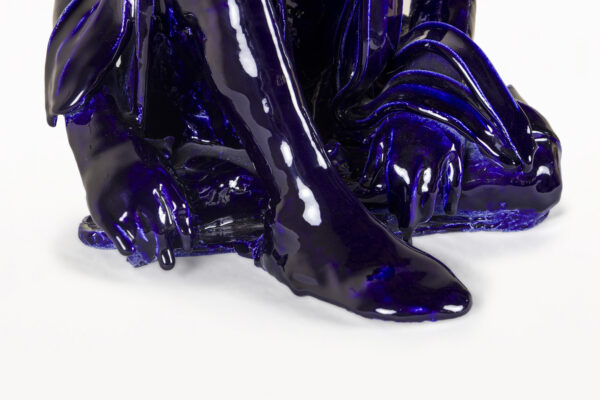 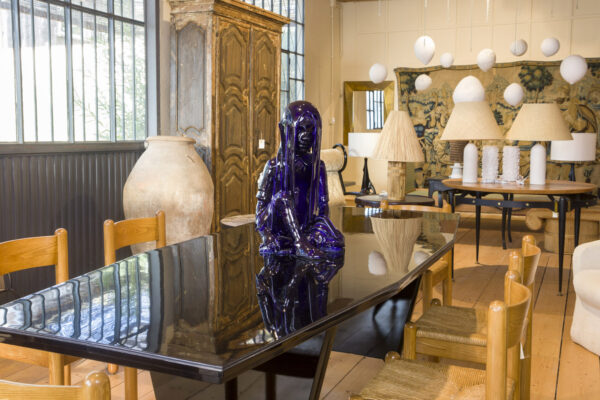 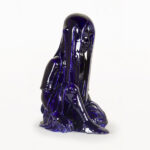 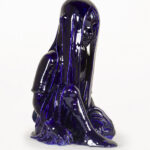 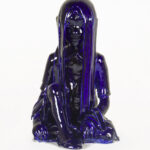 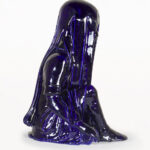 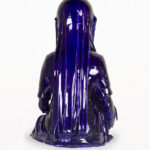 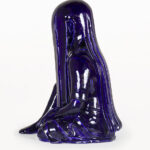 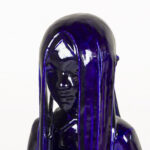 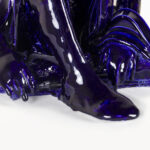 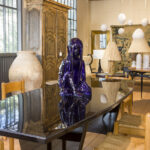 Blue Girl Porcelain Sculpture by Kim Simonsson. Porcelain with Blue Glaze. Circa 2020, Finland. Unique piece. Excellent condition. Kim Simonsson (1974 Helsinki) is a Finnish visual artist. He graduated with a master’s degree in art from the University of Art and Design Helsinki in 2000. Simonsson makes Figurative sculptures from ceramics. He was elected Young Artist of the Year in 2004. In 2009, he received the Pro Arte Award in recognition of technical excellence and original expression. Simonsson held his first solo exhibition at the Kluuvi Gallery in Helsinki in 2003. He has participated in group exhibitions since 1997. Simonsson was the chief artist of the Retret Cave in the summer of 2009. In the fall of 2009, he held the Pro Arte Prize Exhibition at the Didrichsen Art Museum. In his works, Simonsson combines Japanese manga and the tradition of Western visual art. His decorative sculptures, based on old-fashioned porcelain sculptures, feature animals, humans, and space aliens, among others. Many of my works have a kind of tension of innocence and brutality, which embodies Manga culture, among other things. Simonsson says he was supposed to become a painter. However, it was difficult to get into the Academy of Fine Arts, so he tried an alternative route through the Arts & Crafts, where he had to choose either a textile or a ceramics line. He chose the latter and soon discovered it as his own field.