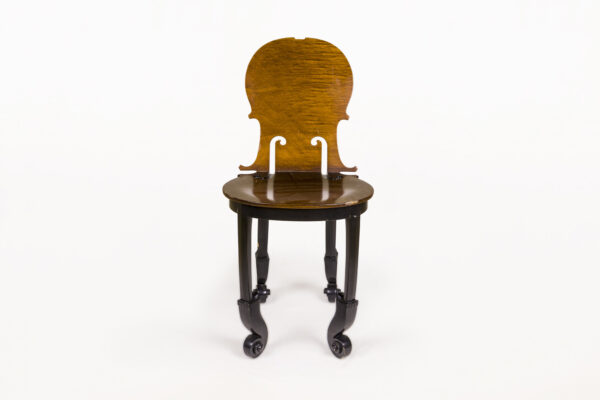 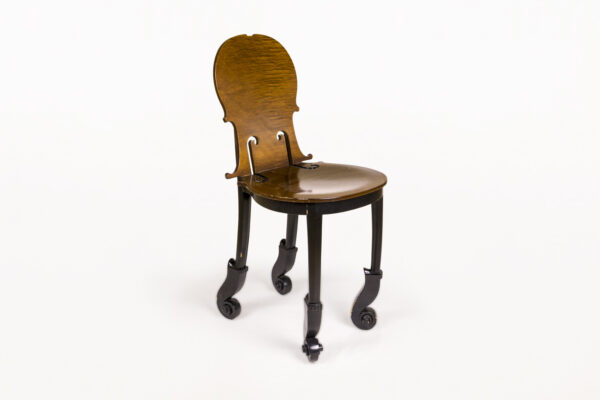 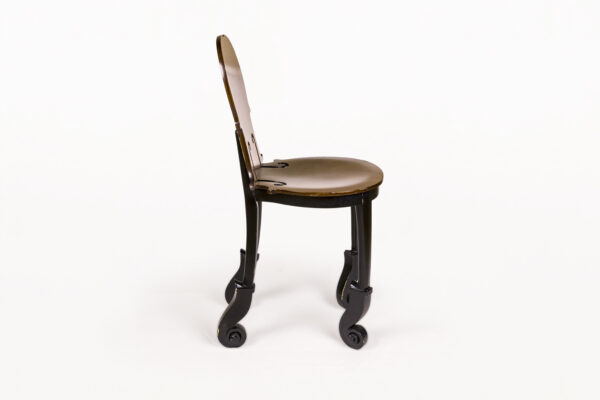 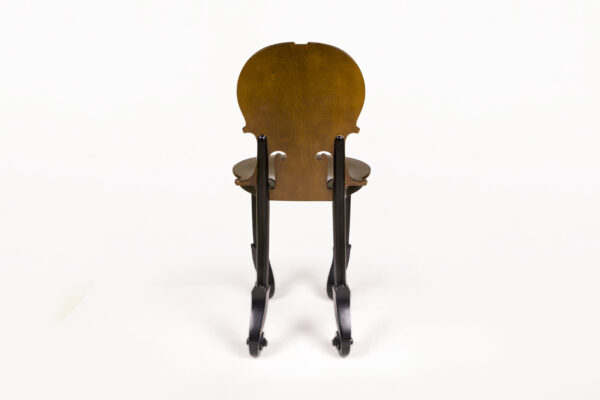 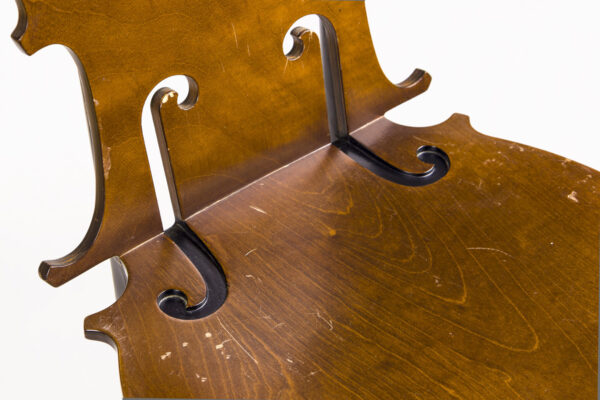 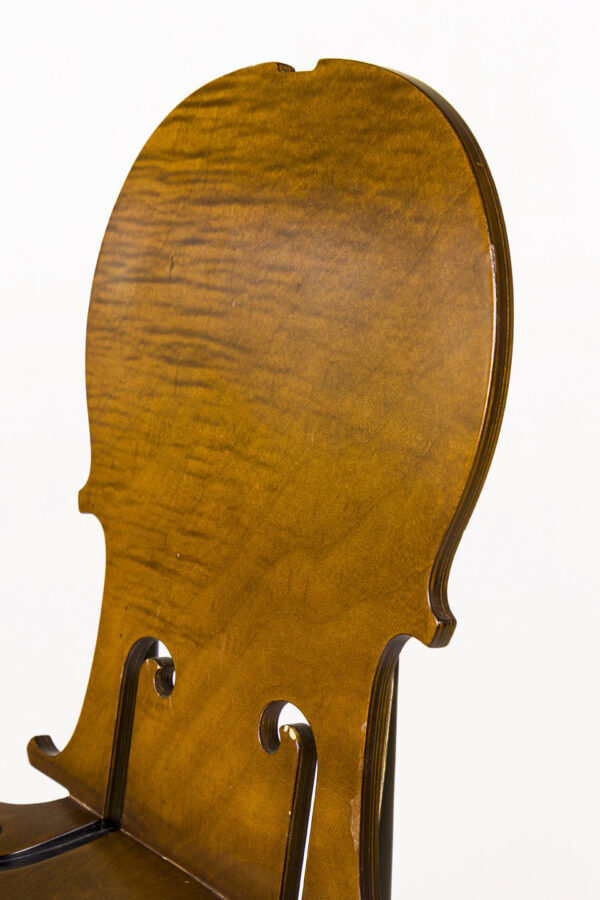 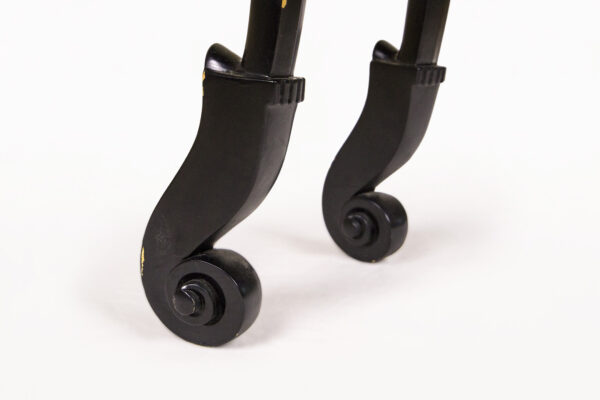 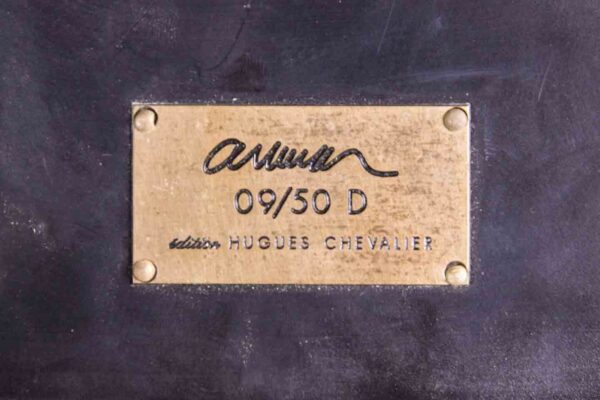 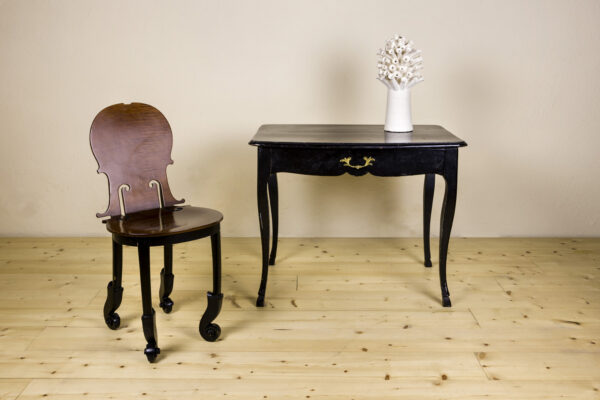 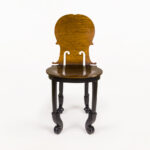 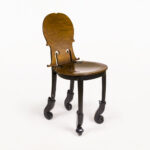 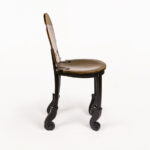 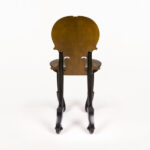 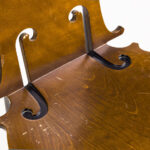 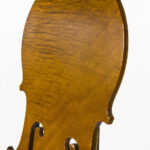 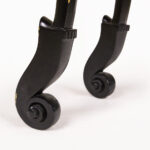 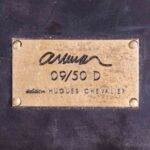 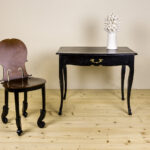 Arman “Cello” Chair, circa 1990, France Arman “Cello” chair editions Hugues Chevalier n°9/50. Signed and numbered under the seat on a brass plate. Made with ebonized beech. Circa 1990, France. Good vintage condition. Arman (November 17, 1928 – October 22, 2005) was a French-born American artist. Born Armand Fernandez in Nice, France, Arman was a painter who moved from using objects for the ink or paint traces they leave (cachets, allures d’objet) to using them as the artworks themselves. He is best known for his Accumulations and destruction/recomposition of objects. Arman’s father, Antonio Fernandez, an antiques dealer from Nice, was also an amateur artist, photographer, and cellist. From his father, Arman learned oil painting and photography. He studied at the the Ecole Nationale des Art Décoratifs in Nice followed by studies at the École du Louvre in Paris. He also studied judo at a police school in Nice, where he met Yves Klein and Claude Pascal. The trio bonded closely on a subsequent hitch-hiking tour around Europe. In his early years he focused on abstract paintings. Then, in 1957, he became interested in common objects as works of art. He first did what came to be called his “allures d”objet” (object impressions), where he would dip an object into paint and press it on canvas thus leaving the object’s shadow or impression. Then he decided the object itself was worth paying attention to and started to treat them in his own way. His intention was to remove the material purpose of an object so that its only remaining function was to “feed the mind” as a work of art. What better way to achieve that result than by breaking, slicing or even burning objects such as violins, telephones, typewriters or even whole cars? He also made objects useless by accumulating them, such as 2,000 wristwatches in a Plexiglass box that all kept different time. Once emotionally detached from the circumstances associated with a broken object, the viewer could grow to appreciate its abstract beauty; so, in a sense, Arman was literally teaching that things one never thought could be regarded as attractive could indeed turn out to be so. Through this achievement, Arman gained worldwide recognition and is regarded as one of the most prolific and inventive creators of the late 20th century. His work can be found in the collections of numerous museums including the Metropolitan Museum of Art in New York, the Tate Gallery in London and the Centre Pompidou in Paris. Arman’s work has also been exhibited in galleries, museums and public spaces worldwide including the Musée D’Art Contemporain in Tehran, Iran; the Museum of Art in Tel Aviv, Israel; the Musée Des Arts Decoratifs and Opéra De Paris in France; the La Jolla Museum of Contemporary Art in California; and the Museum of Arts and Design and the Guggenheim in New York He died in 2005 in New York.