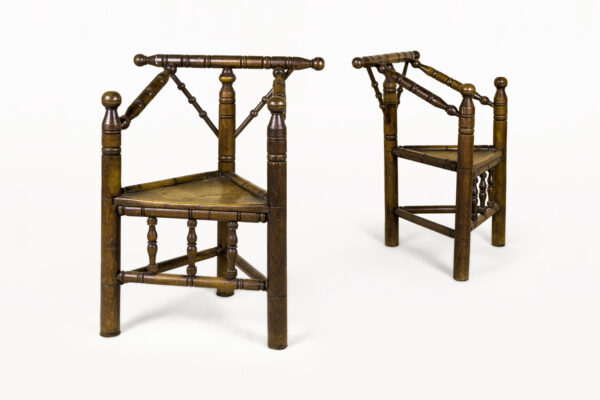 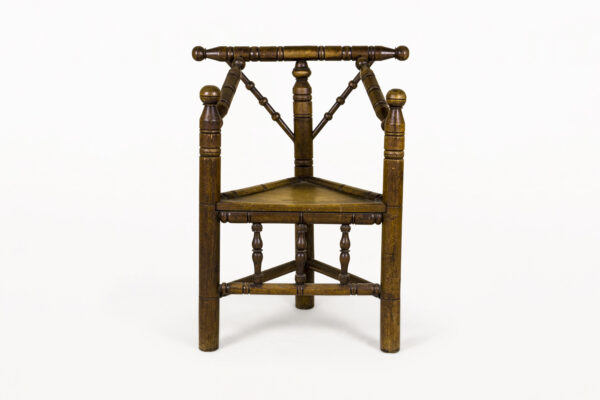 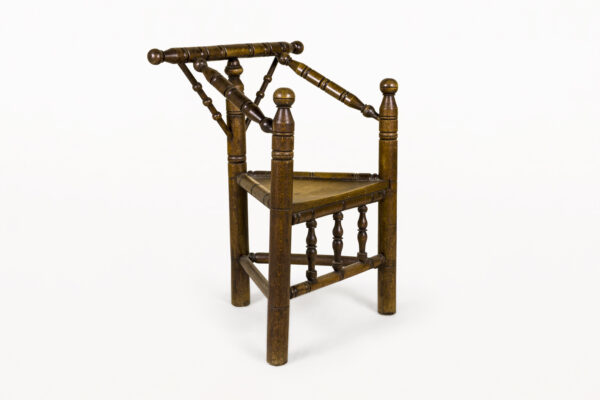 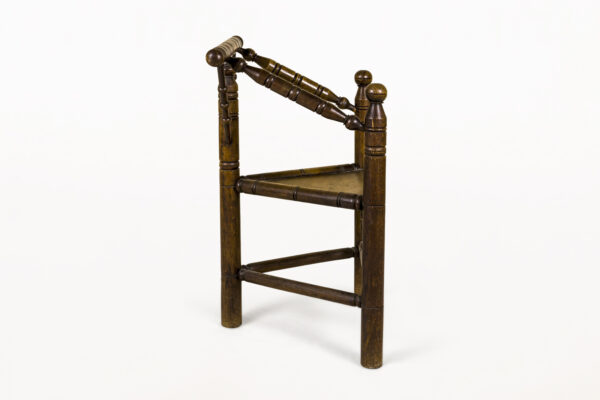 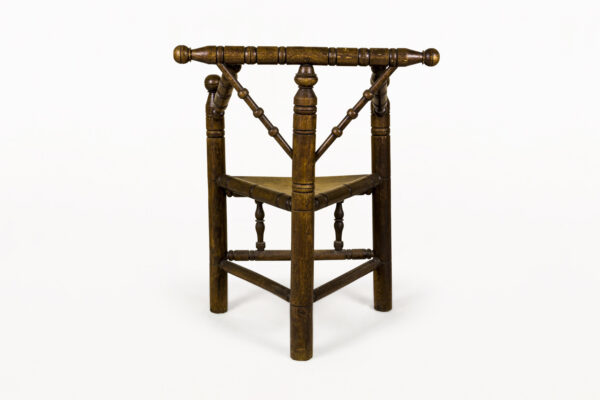 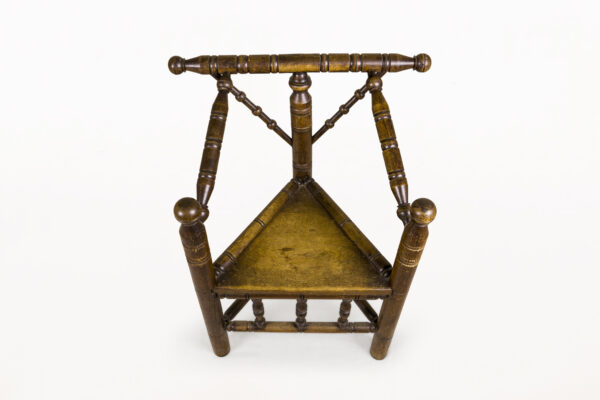 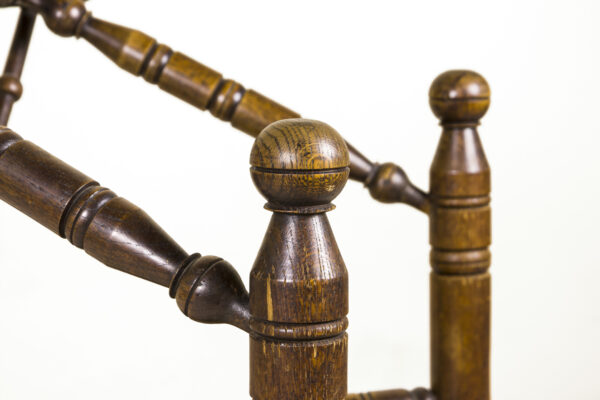 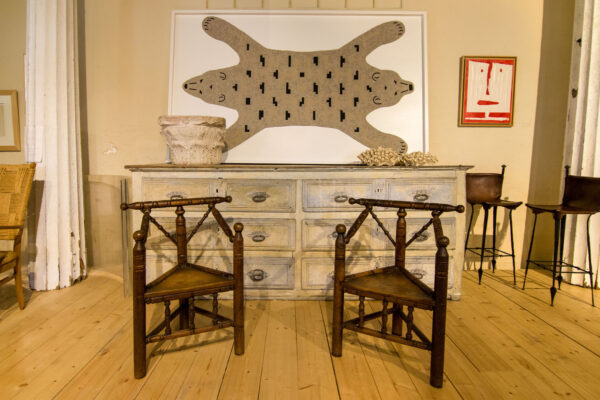 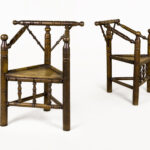 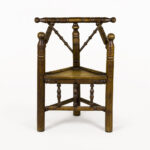 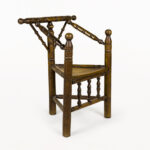 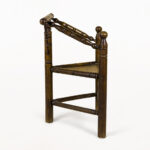 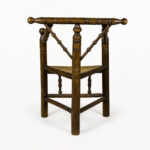 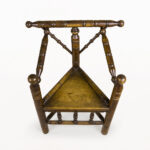 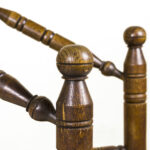 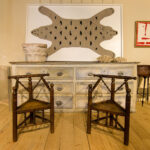 Pair of armchairs. Made with oak. Very decorative. Turner corner armchairs. Circa 1920, England. The Arts & Crafts movement was an international trend in the decorative and fine arts that developed earliest and most fully in the British Isles and subsequently spread across the British Empire and to the rest of Europe and America. Initiated in reaction against the perceived impoverishment of the decorative arts and the conditions in which they were produced, the movement flourished in Europe and North America between about 1880 and 1920. It is the root of the Modern Style, the British expression of what later came to be called the Art Nouveau movement, which it strongly influenced. In Japan it emerged in the 1920s as the Mingei movement. It stood for traditional craftsmanship, and often used medieval, romantic, or folk styles of decoration. It advocated economic and social reform and was anti-industrial in its orientation. It had a strong influence on the arts in Europe until it was displaced by Modernism in the 1930s, and its influence continued among craft makers, designers, and town planners long afterwards.