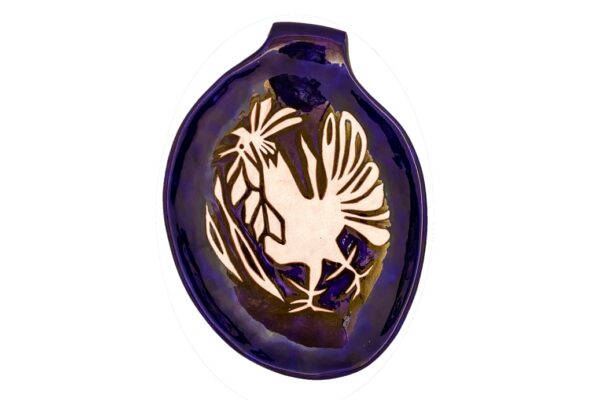 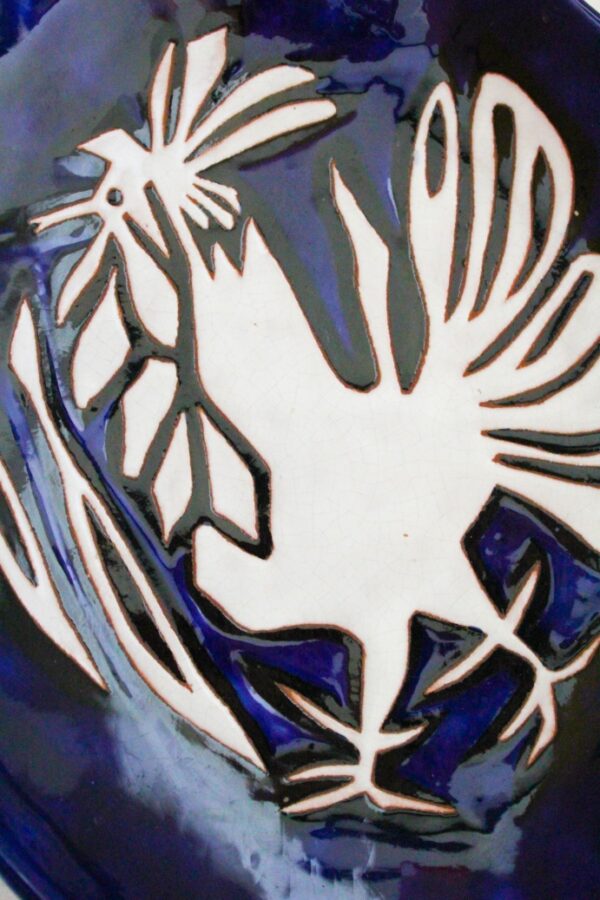 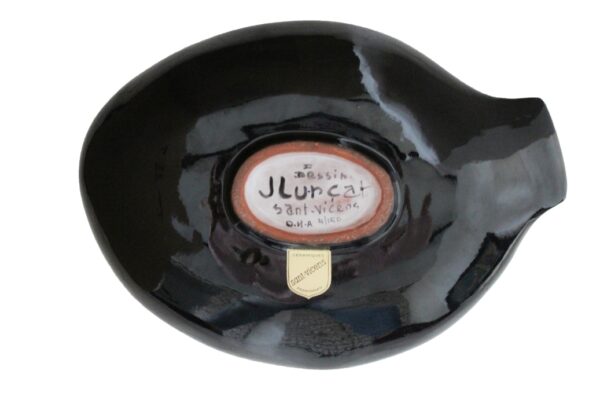 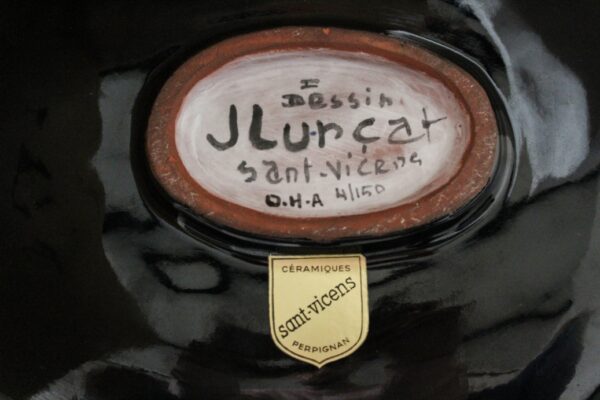 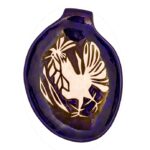 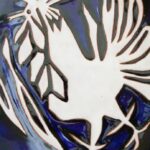 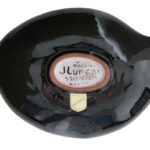 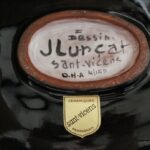 ean Lurçat plate for Sant Vicens. Made with glazed ceramic. Iconic Jean Lurçat “Rooster” Design. Signed and numbered 4/150. Circa 1960, France. Very good vinatge condition. Jean Lurçat (1 July 1892 – 6 January 1966) was a French artist noted for his role in the revival of contemporary tapestry. He was born in Bruyères, Vosges, the son of Lucien Jean Baptiste Lurçat and Marie Emilie Marguerite L’Hote. He was the brother of André Lurçat, who became an architect. After his secondary education at Épinal, he enrolled at La Faculté des sciences de Nancy and studied medicine. He went to Switzerland and Germany (Munich) and in leaving his educational path, he went to the workshop of Victor Prouvé, the head of the École de Nancy. In 1912, Jean Lurçat took residence in Paris with his brother André. He enrolled at the Académie Colarossi, then at the workshop of the engraver, Bernard Naudin. He met painters such as Matisse, Cézanne, Renoir; his friends included Rainer Maria Rilke, Antoine Bourdelle, and Elie Faure. Lurçat and three associates founded the Feuilles de Mai (The leaves of May), a journal of art in which these celebrities participated. He then became an apprentice of the painter Jean-Paul Lafitte with whom he had an exhibition at La faculté des sciences de Marseille. His first journey to Italy was interrupted in August by the declaration of war. Back in France, Lurçat joined the infantry, but was evacuated on 15 November after falling ill. During his recovery to health, in 1915, he practised painting and lithography. In July 1916, he returned to the front, but was evacuated once again due to injury. He never returned to the front. In September, his art was put on exhibition in Zürich.